Classic style is classic for a reason; some things never go out of style — and some simply refuse to die. While very few of us would have classified the fashion of the '90s as timeless, many of the trends from that decade have deliberately been resurrected. In this excerpt from a post for AMEX Open Forum, Vivian Giang explains why this retail strategy works so well.

If you take a look around, you’ll notice crop tops, high-waisted jeans, overalls and flower-patterned dresses are cool again. You’re not imagining it: The '90s are making a comeback with a vengeance. Why now? Because smart marketers understand that one way to get consumers to part with their hard-earned dollars is to remind them of happier times.

When people see things that remind them of their cherished memories, they’re more likely spend money on it, according to the results of a new study by researchers at the Grenoble School of Management in France. “We wondered why nostalgia is so commonplace in marketing," the researchers wrote. "One reason could be that feeling nostalgic weakens a person’s desire for money. In other words, someone might be more likely to buy something when they are feeling nostalgic.

For the study, which will be published in the October 2014 issue of Journal of Consumer Research, the researchers conducted multiple experiments to test whether feeling “a sense of nostalgia-evoked social connectedness” would affect the way people want to spend, donate or value money. To do this, one group was asked to recall, reflect and write about a nostalgic past memory; a second group was asked to think about new or future memories. The study found that the group which thought about the past was more willing to pay for products and give more money (but not more time) to others.

This type of research is exactly why brands these days are looking to elicit feelings of nostalgia when launching new product lines or promotions. And '90s nostalgia is particularly hot. 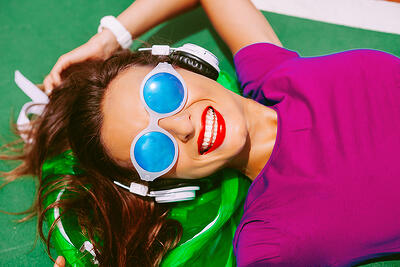 Brands are focusing on the '90s, because they know they need to tap into the spending power of the biggest and most diverse generation that’s ever existed: the millennials. Many of these young adults grew up in the 1990s and are now entering their peak earning and spending years. Ignoring them would be a bad business move.

Nostalgia can even make us feel warmer on cold days—it’s literally the “warm and fuzzy” feeling that allows you to put your guard down and be more accepting and carefree. After conducting various studies over the course of several years, Constantine Sedikides, a professor of social and personality psychology at the University of Southampton in England, also found that people are more accepting of those they don’t know after they spend some time thinking about the past.

Helping customers reconnect with the era of their childhood may just give them that "warm and fuzzy" feeling about your products and services—and help you create a profitable new sales stream.

Hey, it's your lucky day! We designed an entire monthly marketing plan as a tribute to the '90s in September 2013. We've got everything you need to "Flashback to the Freshest Decade!"