Based on concepts they learned at CAMEX 2011, the staff of Del Val College Bookstore in Doylestown, Pennsylvania got an idea: to offer exclusive sales on their merchandise at a time that’s atypical to the store, but prime-time in the world of students - midnight! Now in its second year, their Midnight Madness sale has become one of the most anticipated events on campus. “This generation is all about instantaneous rewards, so we decided to create a sense of urgency around our event; it’s offered for one night only and all the sales are for a limited time period,” explained Susan Peterson, assistant purchasing manager education & retail.

Adding to the intrigue, the event is only advertised for a week ahead of time. The store has found this prompts students to come in throughout the week and scope out where their favorite items are stocked so that they can head straight for that area when the sale starts.

For example, the store offered 25% off all clothing apparel and gift items, a clearance rack of merchandise up to 60% off as well as $5 t-shirts this year.

“The t-shirts were a huge hit,” she said. “We didn’t announce where they were located, but students found them right away. People were walking away with six or seven in their hands; they made great holiday gifts, so we knew they’d go fast!”

Held from 9 p.m. through 11 p.m., the event brought in a steady stream of students eager to take advantage of the great deals. “The first time we held the event, we didn’t know what to expect,” director Rob Hirsch described. “Students were lining up an hour before the doors even opened and it was what I would call ‘controlled mayhem.’ This year, we knew it would be huge, so we contacted security ahead of time to have them monitor the crowd.”

As expected, the second annual event was no exception and the store saw an even bigger turnout.

“We actually had to stop students from coming in at one point because we were at capacity!” Hirsch added.

With so many students in attendance, the impact on sales was just as huge. The store processed over 300 transactions that night alone, equaling $17,000 in sales.

“That may not seem like a lot to some stores, but we’re a small school,” explained Hirsch. “To put it into perspective, our campus recently combined two of our biggest events, Homecoming and Family Day; we made more in the two hours of our Midnight Madness sale than we did in that whole day.”

By hosting the sale later in the evening, staff members were also able to engage with students in a different way.

“It creates a unique atmosphere in the store,” he said. “We turn the music up and just have fun with it. Students love it!” Customers aren’t the only ones who enjoy the event, however. Staff found that student employees were actually begging to come to work on the night of Midnight Madness.

“It’s not often that you have people asking to work,” Hirsch said. “But, they were all so excited. They really helped us create a buzz. We had them wear rental t-shirts so that they were easily identifiable but also engage with their friends in the crowd. They helped to keep the level of excitement high all night long.”

Adding to the entertainment, there were also giveaways throughout the evening. Staff members handed out raffle tickets to each individual as they entered the store, then announced numbers chosen at random.

“I contacted several of our vendors who were very generous and donated prizes,” Peterson explained. “It’s so important to get them involved. It helps make our event even more successful and at a minimal cost to us.”

Between the giveaways and deep discounts, students from across campus attended the event and that was ultimately the biggest benefit according to both Peterson and Hirsch.

“There were students in the store who we haven’t seen all semester, so it’s a really good way for us to get to know them and make them think positively of our store,” Peterson said. “It’s all about building that loyalty.”

“Spending money on textbooks can sometimes be a bitter pill to swallow, so this is a great PR opportunity for us,” she added. “It shows them that the bookstore can be a place that they come to hang out, not just to shop, and that’s so important.” 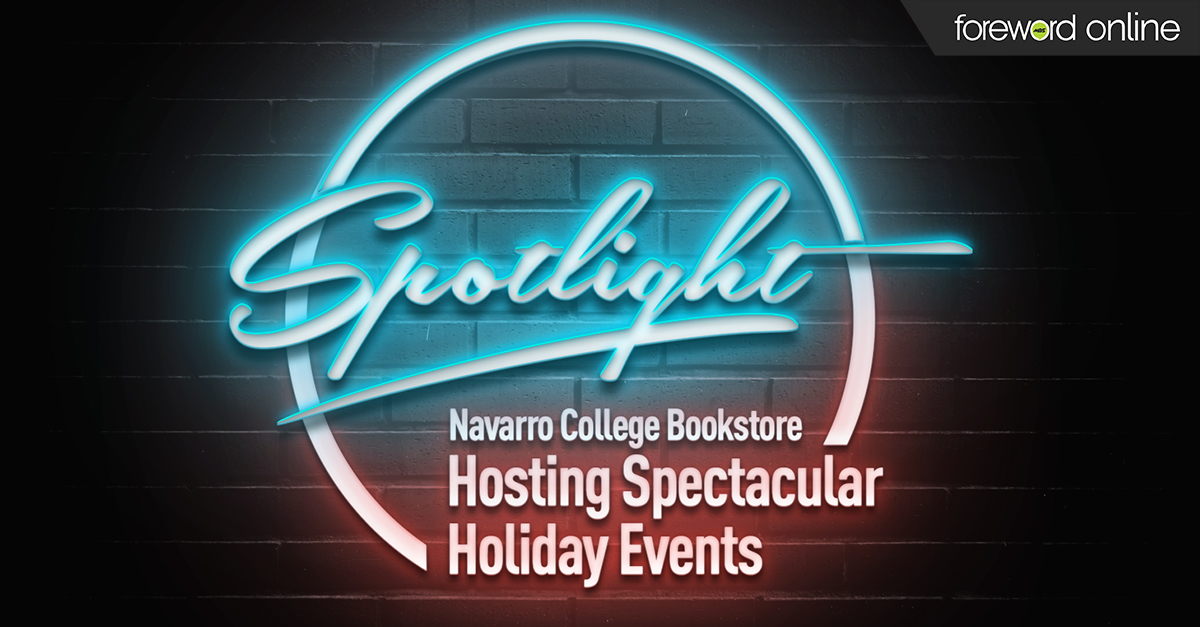