The easy answer to our titular question is obviously "yes." But just how much of a difference do images make in terms of getting customers to interact with your Facebook page? Hootsuite's blog explores that question, and you can read their entire article here.

Not all images are perceived alike. A study by Tagg shows that there are differing levels of engagement depending on whether a human being appears in a brand’s photo.

Meanwhile, at only 62% engagement, images that that show at least one person’s face generated the least engagement, which somehow approves the study hypothesis.

Examining this data, one would naturally suppose that popular memes such as lolcats and rage comics would be a natural fit for Facebook Pages. However, Facebook now punishes “low quality” memes. As of November 2014, Facebook has tweaked their algorithm yet again to punish any content deemed “too promotional”—even if they’re accompanied by images. 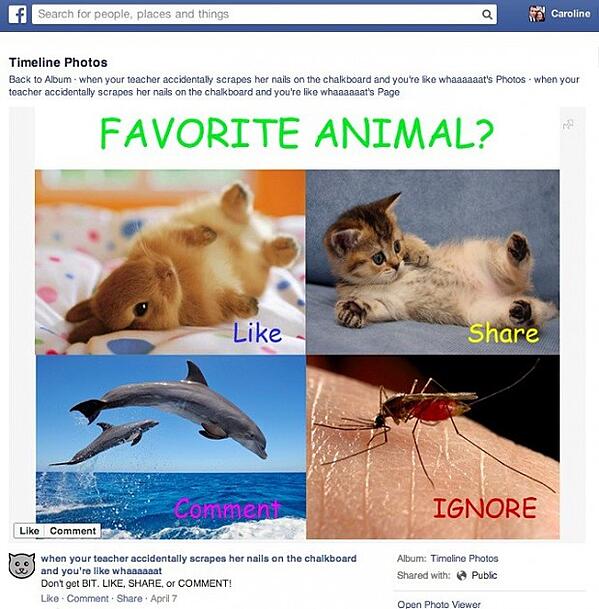 Perhaps one reason engagement has plummeted is because—rather than simply being engaging—images are sometimes used to manipulate engagement metrics. Another reason might be that much of the content has been recycled too often. It’s hard to provoke engagement when your audience has seen the same meme again and again.

While brand Facebook Pages are posting many images to their timeline, are they engaging images? And while images attracted the most engagement in Facebook in 2011, is it still the case today?