How to Run a Social Media Campaign from Beginning to End

It could be a contest, a secret sale, a scavenger hunt or just a simple product promotion. Whatever it is, social media campaigns can be daunting. Evan LePage at Hootsuite offers tips for how to make it as easy as possible. Read the whole thing here, and check out the excerpt below. 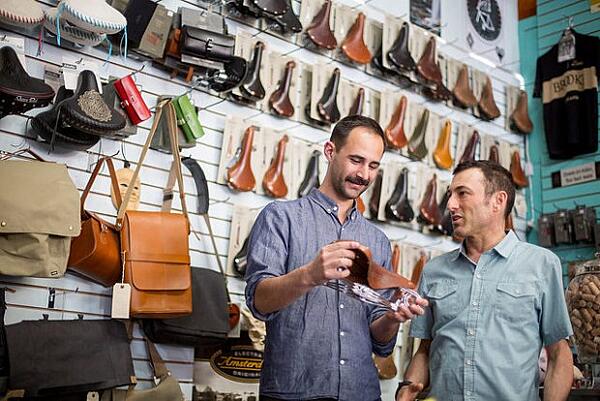 What to do before a social media campaign

Planning your social media campaign is not like creating your entire social media marketing plan. You need to decide on goals for your campaign, goals that tie back into your broader business and social media goals. They need to be measurable goals, so you can track the progress of your campaign and shift your focus if things aren’t going well.

You should also have a clear timeline for your campaign, a start date and end date, as well as a schedule for when you will be sending each social media message.

Like with your social media strategy, you’ll need to decide where you’re going to focus your attention. You need to choose the social networks you’ll use for your promotion, and whether social advertising will be a component of the campaign.

What to do during a social media campaign

The time during a social media campaign will be your most active, as you’ll spend the entire campaign monitoring and engaging participants.

The streams you set up in your social media management tool before the campaign will now play a fundamental role in alerting you to its success or failure. People will notify you if anything is wrong with the campaign, from landing pages not working to typos and broken links. If you monitor your social media mentions effectively, you can resolve these issues rapidly as they arise and avoid any long-term damages to the campaign. Take screenshots of anything that isn’t working (and of things that are working well). These will come in handy after the campaign is over.

Your monitoring efforts will also give you a general idea of your campaign’s popularity. If you’re only getting a handful of mentions or retweets every few hours, you know it’s time to reassess the campaign strategy. Using analytics tools you can also see if certain regions or demographics are responding less than others, and then target them with social advertising to boost your campaign.

Check and double check that all of your tracking is working. If you’re gathering leads, make sure they’re ending up in your bank. If you’re driving website traffic, check your traffic numbers every day. The entire campaign will be for naught if you’re not actually gathering all of this useful information.

Finally, throughout the campaign you should be actively engaging all participants. Reach out to people who fill out your form or share your link and thank them. Be colourful and personal—call them by their name and follow them from your business account. You can also share positive messages from your own social accounts to help boost the positive sentiment around the campaign. The more people see you engaging, the more likely they are to participate, if only to get your shout-out. You should also be tracking media mentions in a similar way, shouting out the journalists by name and sharing their stories on your accounts. Consider actually commenting within the stories themselves, as these journalists are giving you an extra channel on which to engage people.

Of course, don’t only engage with the positive comments. Respond to every negative comment as well, and don’t try and justify any hiccups. Acknowledge them, apologize if necessary, and then get to fixing them.

What to do after a social media campaign

The pressure is off, but what you do after a social media campaign is just as important as the campaign itself. You put in all this work for a reason.

If your reason was to gather leads, it’s time to push those leads into the funnel and start targeting your prospects. Add the leads to your customer relationship management (CRM) tool and tag them with the campaign name so you know what attracted them to your business. Many lead generating campaigns should be followed up with a ‘thank you’ campaign for all participants. Thank anyone who responded to your campaign, through their email address if you have that information. Your thanks creates goodwill and gives you a reasonable excuse for another touch point with these users/prospects.

If your purpose was to drive website traffic, social media mentions, or sales, gather your final metrics for the entire campaign period in each of those areas. Compare them to your targets and how much you invested in the campaign and try and come to a conclusion about whether it was a success or a failure.