They're just a few characters long and you don't even have to hit the space bar — who would have thought that writing hashtags could be so hard? Coming up with a snappy, unique tag can be tricky, but it's important. Whether you're promoting an event or just want to give students an easy way to be part of the conversation about your store on social media, a great hashtag can be the difference between staying in the loop and missing the party. Luckily, Tintup.com guest blogger Owen Andrew gives us tips on how to write great hashtags. Read the full post here. 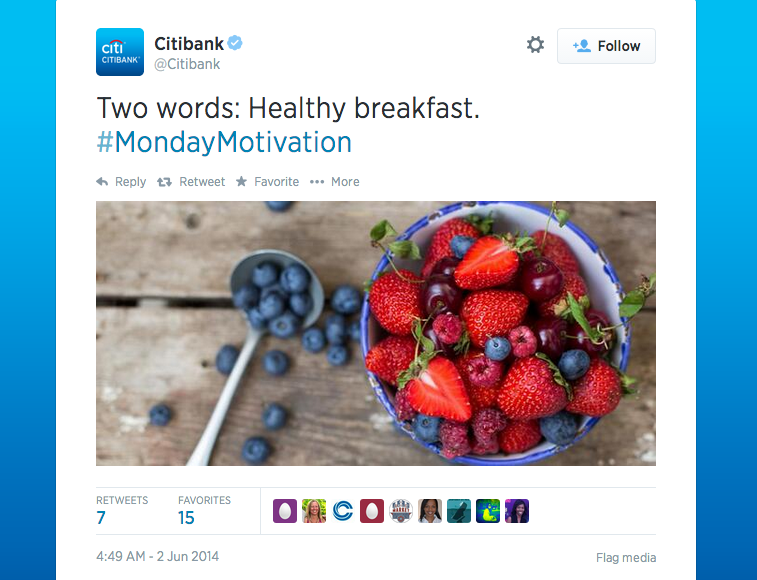 Hashtags are everywhere these days – on Twitter accounts and news feeds, advertisements, weddings, and car commercials. When designed well, Hashtags can increase your online following, drive customer engagement, and help pin down what makes your company unique. If not designed well, hashtags don’t do much at all. So what makes a good hashtag? And how can businesses design hashtags that work for them? It starts with some Hashtag basics.

Here are five tips for creating a winning hashtag of your own:

Traditionally, hashtags are used to raise brand awareness with a unique brand tag, or to push a specific event or idea. The more unique a hashtag is, the easier it is to take in with minimal exposure, and then the easier it will be to spread. There are exceptions to this rule.

Don’t pick a hashtag that is too vague or common – it won’t stand out. Alliteration is your friend. Use your creativity.

There is such a thing as inappropriate timing, so be sure you understand the context of the social media sphere when you launch your hashtag. If your online presence is small, give your hashtag time to grow before your product release or event. Fox News, for example, posted a July 4th photo (#ProudAmerican) on July 3rd, giving followers a day to take in the idea before contributing themselves.

Your hashtags are only as strong as they are usable. An ambiguous or vague concept is unlikely to gain any traction simply because the community won’t know what to do with it. If you have a business, taking advantage of shows and events with a Hashtag is paramount. People, as a rule, prefer things that make sense and are easily understood. Make the purpose of the tag clear, so it’s not just you who uses your new Hashtag.

BBC invited users to engage with the royal wedding using #RW2011. The hashtag was unambiguous, the purpose was clear. The hashtag’s success was also aided by its association with a world event, for which there was already a lot of social media chatter.

4. Think Through ALL the Implications and Associations

Cautionary tales abound from poorly designed hashtag campaigns. Popular Scottish singer Susan Boyle’s now infamous “Susan Album Party” hashtag, #susanalbumparty got more attention for the unintended, lewd interpretations of the tag than the album itself. Beware of the hidden words that appear when spaces are removed from hashtagged phrases. If you don’t have a brand image to protect, maybe infamous isn’t a problem. But don’t invite your twitter network to a “bum party” unintentionally.

Once you start to see results, it can be tempting to overdo it with hashtags. Be warned though, while social media is notorious for moving on quickly, this is only true to a point. No one should hold a new hashtag campaign every week. It’s fine to use them with every post, but give people a chance to take one idea at a time.