People have always thought that Flagler College was older than it actually was. Though the school wasn’t founded until 1968 in St. Augustine, Fla., the campus’ main building used to be the Ponce de León Hotel, completed in 1888. And although the campus architecture gives the college a unique and classic feel, parts of the campus have made a real effort to not just bring Flagler into modernity, but put themselves on the cutting edge of technology. 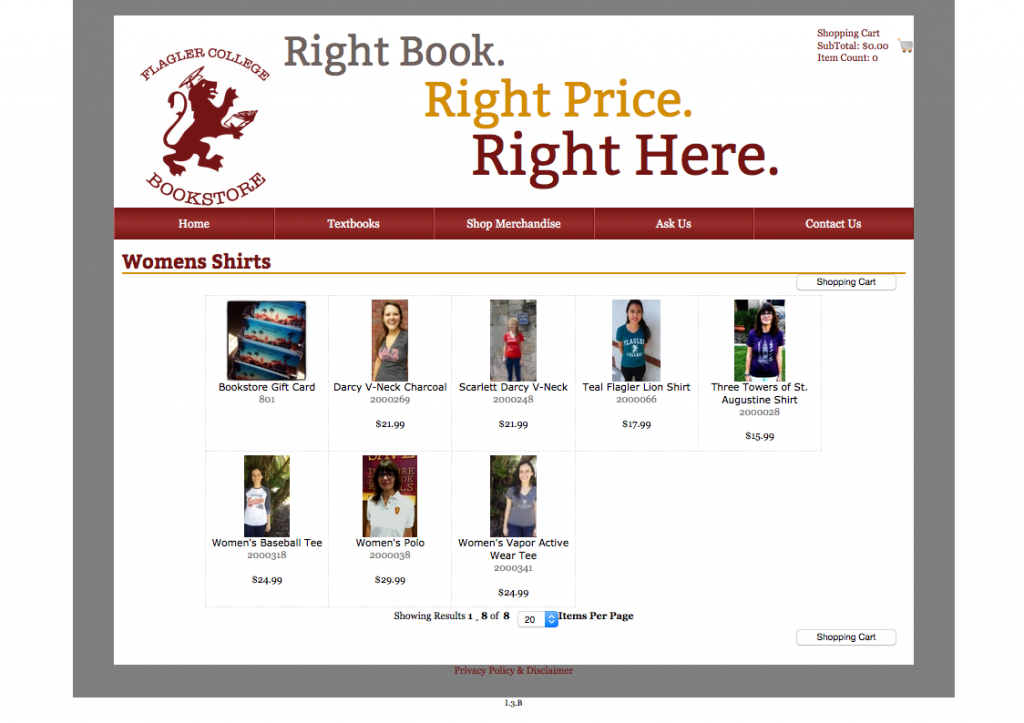 Leading that effort is the Flagler College Bookstore who, with the aid of MBS Systems’ inSite Content Manager, has rebuilt their website into an amalgamation of some of their employee’s favorite collegiate websites from across the web. “We’d been trying to improve the look, and we thought it was time to really push the revamp of our website” Retail Manager Nichol Weisbecker said. “One of our reps sent us a list of other MBS websites, and I looked at about 30 of them. I pulled what I liked from them and sent them to my rep. Our website is almost like a Frankenstein of other MBS websites.”

Besides a fresh look, the impetus behind the site’s redesign was fairly simple: the owner of the bookstore wanted to implement a price comparison tool and use Verba. “Our prices were competitive,” Owner Trevor Smith explained. “But without a new website, we didn’t look savvy. We wanted to show our students that we are competitive and we know what we’re doing.”

So with the aid of their inSite reps, the Flagler College Bookstore implemented Verba and turned their web page into a the modern website they were hoping for. “We tried to make everything simpler, and we were able to put in a lot of our changes,” Smith said. 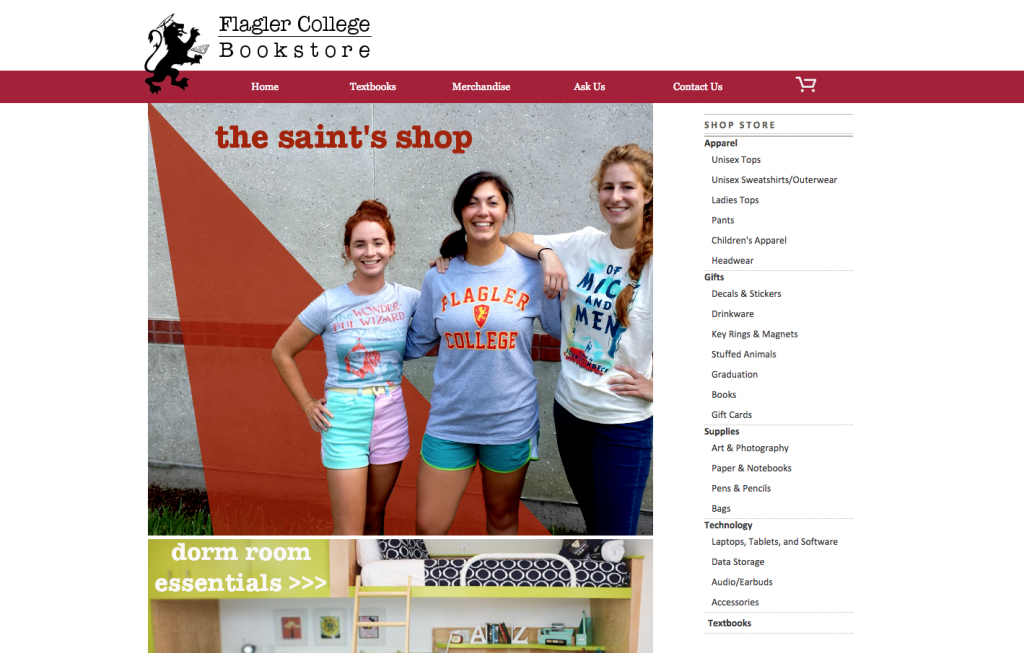 The tool that really helped make those changes possible was the aforementioned inSite Content Manager. MBS’ design tool, iCM allows nearly unlimited diversity for the design of the bookstore websites. For Flagler, this is what allowed them to pick and choose what they liked from those 30 websites (primarily from the University of Arizona, University of Wisconsin, Cal Poly University and the University of Wisconsin - Green Bay) and improve aspects of their own site, such as their merchandise page, their checkout process and the textbook reservation service.

The bookstore staff felt like these changes finally came to a head in July, when the last few implementations (in this round, at least) were made. Thus far, Smith has not heard much from customers about the site’s improvements, but he appears to be happier with that than you might think. “Our feedback has been really nothing, which is what we want,” Smith said. “Now we look like other good websites. Before we looked lame. People take us more seriously.”

Although they are taking a break from further changes for the time being, there are a few more additions that Weisbecker and Smith have in mind. Weisbecker would ultimately like to have a flipbook of different collegiate bookstore websites and templates that Flagler could host on their website for stores look to (re)build their own sites to use.

Meanwhile, Smith is hoping that the Flagler website will eventually have post-purchase suggestions for his customers, similar to what one might find on a site like Amazon. For example, after a Flagler student buys a notebook, and suggestion window would come up offering a package of pens or pencils for that student to use.

These changes might be a ways off, but for a progressive store like Flagler, there are always ways to improve their brand. Even still, the Flagler College Bookstore’s website has turned out much prettier than the Frankenstein descriptor would indicate, and the staff seems thrilled with the progress that’s been made. “We’ve tried to make everything simpler,” Smith said. “We’re really happy now. We’ve got what we wanted.”