The Top Four Social Marketing Changes to Look For This Year

The year's half in the books, but there's plenty on the horizon for social media. There are some big change-ups to some of the most popular social media sites coming in the next six months that can affect how you advertise, market to and communicate with your students. Nicole Reyhle at Retail Minded Read compiled what you need to know: read her full take here. 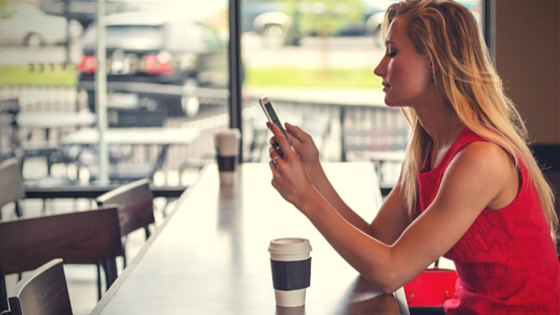 1. Pinterest advertising is coming, and it’s going to be huge

Pinterest isn’t just a social network. It’s the search platform for the visual web. Think of it more like a Google than a Facebook in its potential for advertising, especially for retailers. If you sell something tangible, chances are people are pinning it on Pinterest. The advertising team there very much has small businesses in mind (just like Google did with Adwords). When the ad product comes, it will be huge for those who can get it right. So, make sure your site is verified. Join the waitlist for advertisers. Ramp up your Pinterest game. And get ready.

2. Facebook dark posts are the best secret weapon in social

For many small business owners, social equals Facebook. It’s the cornerstone of your social media strategy. And that’s fine. It offers the biggest reach, the broadest demographics, and it’s probably the platform you understand best. But the real reason Facebook is so important is even simpler: data. Facebook is a place where people go to follow, connect with, and share what they like. And for 10 years, Facebook has been collecting that data. Now it’s offering that data to you as an advertiser. When you post on your page you reach your audience. But the real magic happens when you use ‘dark posts’ (posts that you pay to boost to a targeted audience of non-fans). You can get WAY more specific with targeting Facebook dark posts than you can with any other media. Want to reach 46-year-old divorcees living in Madison Wisconsin with a birthday in the next 2 weeks? Dark posts. Want to reach 19-year-old college kids in the state of Texas who like the Cowboys and major in marketing? Dark posts. Go play around with it. The targeting capabilities will blow you away and bring in serious business if you learn how to use them right.

3. Twitter has problems that aren’t going away anytime soon

Twitter might be the social network that’s the most polarizing for small business owners. I know some who swear by it and say it’s the most valuable marketing tool in their arsenal. We at Danish Country, for example, aren’t even on Twitter. And here’s why: the engagement just isn’t there for us. Twitter is a firehose of information. It was more manageable in the past when the social graph was smaller and Twitter wasn’t trying to push all those trending topics, promoted tweets, suggested accounts into your feed. Engagement is the only thing that matters in social. Until Twitter drives deeper engagement, many small businesses should (re)consider if Twitter is the right platform to be investing your limited resources. This said… every business is different. Test your use of Twitter. Does it work for you? For us, our customers aren’t engaged there. But for you this may be different.

4. Instagram advertising is further out, but it will be a monster

The biggest thing Instagram has going for it is the attention of its user base. Instagram keeps people engaged, browsing through photos from friends, celebrities, and businesses in ways that other platforms just don’t. The second biggest thing Instagram has going for it is that it’s owned by Facebook. We’ve already covered how valuable Facebook’s user data is. And when they open up that data to Instagram advertisers you’ll get a massively engaged audience that’s highly targetable. Gold mine. It’ll take a while for Instagram to roll out a small business offering, so this might be something more for your 2016 plans, but don’t get left behind when the chance comes to jump in.