What's Ello all About?

Facebook. Twitter. Pinterest. Instagram.It can feel like a lot of work keeping up with the social networks your store is already involved with, and each week, something new is introduced. One of the latest is Ello, which is being touted as the "anti-Facebook" because of its staunchly ad-resistant sensibilities. But what is Ello like — and more importantly, is it worth checking out? Maxwell Strachan fills you in, in the following excerpt from Huffington Post: 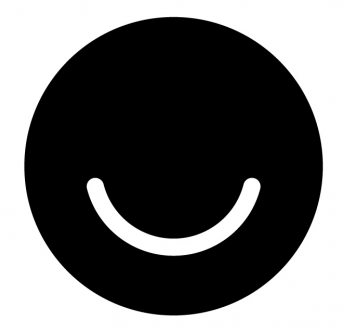 The site goes to great lengths to tell you again and again that it will be ad-free forever and will not sell your data to third parties -- two not-so-subtle jabs at Zuckerberg’s social media giant.

This holier-than-thou mission statement has led to what can only be described as the world’s laziest form of social protest: people signing up for yet another social media site.

So does Ello describe itself specifically as the “anti-Facebook”?

Explicitly, no. For all intents and purposes, yes. When asked specifically about the “anti-Facebook” tag, Ello CEO Paul Budnitz told re/code that Ello isn’t “really anti-anything.” But then again, he also said: “We don’t actually consider Facebook a social network. We think of it as an advertising platform.” And Ello has set up the site so that anyone who disagrees with its mission statement is redirected to Facebook, so yeah.

Why is it suddenly everywhere? And how can I join?

Ello existed for around as year as a private social network for around 100 friends, according to Budnitz. Then Aug. 7, it went semi-public, using a limited-invite system that has created a “where can I get one” mentality among people like me.

The site is now supposedly adding up to 50,000 new people every hour and doubling in size every few days. If you don’t know someone with an invite, you can sign up to be notified when they switch off the invite-only system.

OK, that’s all well and good. But what’s the actual site like?

For a site that’s being billed as the anti-Facebook, it sure looks and feels a lot like an early version of Facebook. Even the profile pages look similar.

Besides that, it’s mostly the same stuff. You joke with friends. Share the occasional comical YouTube link. The usual.

Is there anything annoying about the site I should know about?

2. You almost definitely have more friends (and hence, more potential for fun) on Facebook. Ello is pretty sparse right now.

3. It’s extremely difficult to figure out which of your friends are on Ello. This probably explains why everyone has to take to Facebook to find companionship.

4. The “post” button is so, um, tastefully subtle you could say it’s essentially invisible. I personally had to go on a 15-minute journey just to figure it out, which led to personal protests.

As my frustration grew, I became more and more convinced that Ello was actually just a complex marketing strategy to get me to crawl back to Facebook.

Would you recommend joining?

If the idea of Facebook selling ads against you sends you into a blind rage, you might as well give Ello a spin. But if it doesn’t, the primary benefit of Ello is probably to cleanse yourself of the hundreds of high school and college Facebook friends you don’t really care about anymore (and start your social media circle anew).

Right now, I have under 20 friends on Ello, and I like them all. We’re having fun. It kind of reminds me of the early days of Facebook.