What's Up with Twitter's New Timeline?

Twitter has been in the news a bunch lately, and it hasn't always been for great reasons. The social media giant recently reported stagnant growth, which has some people concerned about the future of the company. In an effort to quell those fears, Twitter is unveiling some new features, including a redesigned, algorithm-based timeline. In this article from Mashable, they give a brief overview of what this new version of Twitter is all about. Check out this excerpt from Mashable's article: 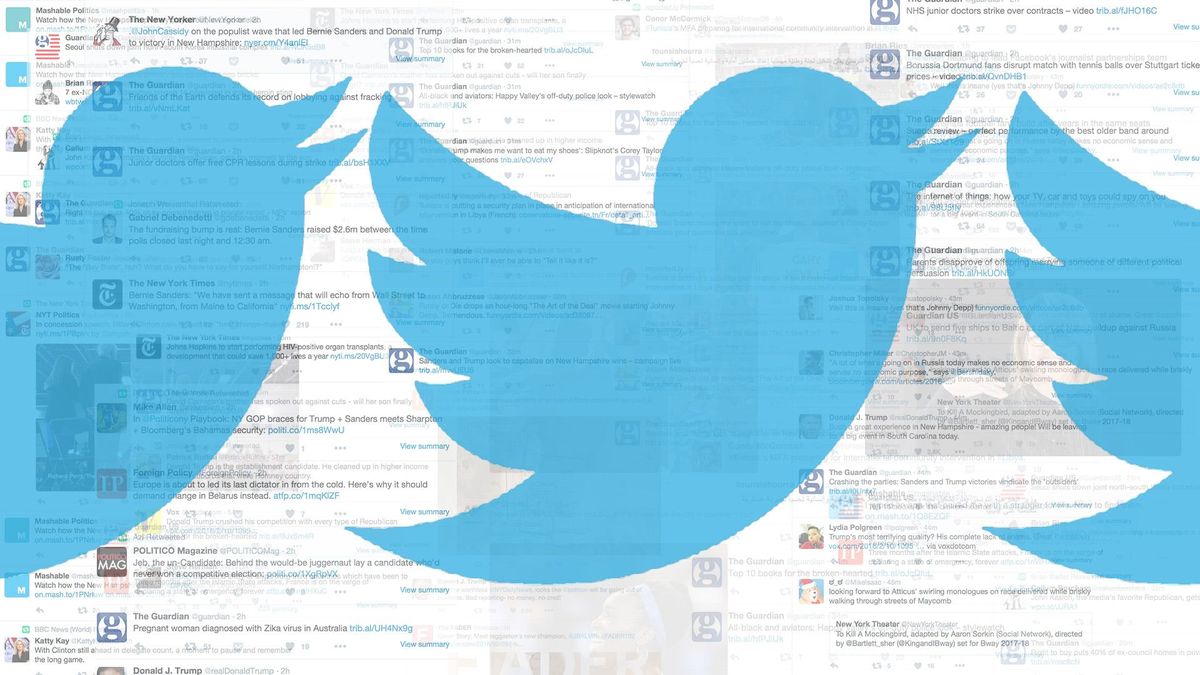 The change will look very similar to the previous tests we've seen (which are now over). If you have "Show me the best tweets first" enabled, you may see a chunk of non-chronological tweets (as many as a dozen) at the top of your timeline each time you open the app. But, other than the timestamps, your timeline itself won't look much different and refreshing your timeline will revert back to chronological order, though the "best tweets will still appear.

Exactly how many tweets appear in the groups of "best" tweets will vary from user to user, though it will likely be based on the number of people you follow. Twitter hasn't officially said what factors it takes into account in determining which tweets "you’re most likely to care about," though senior engineering manager Mike Jahr noted in Wednesday's announcement that they are meant to represent the "most important tweets from the people you follow." (Update: Twitter provides a vague description over on its ads blog: "We look at accounts they interact with, Tweets they usually engage with, interests, and what’s going on in their network.")

This is how you can activate Twitter's new Home timeline feature once it rolls out to all users (via Twitter) pic.twitter.com/i1afPh04pZ

Importantly, there is a (somewhat murky) distinction: "While you were away," is still reserved to recap tweets when you've gone significant stretches of time between browsing sessions and may not always appear at the very top of your timeline. The new "best tweets first" feature, however, will always appear at the top each time you open the app or website. That's because it still prioritizes the most recent tweets, so the tweets that appear at the top will still be among the most recent for your timeline (rather than a sampling from the last few hours).