Why Everything You Know about Millennials Is Wrong

If you do a Google search for characteristics to define the millennial generation, you get more than a million results. Clearly, this is a topic people love to write about and many of these subsequent generalizations have been accepted as fact. But how many of these traits —entitled, overconfident, obsessed by FoMO — are actually applicable to this group as a whole?

Find out for yourself with these results of a global study conducted by IBM, selected from a post originally featured on TalentSmart. 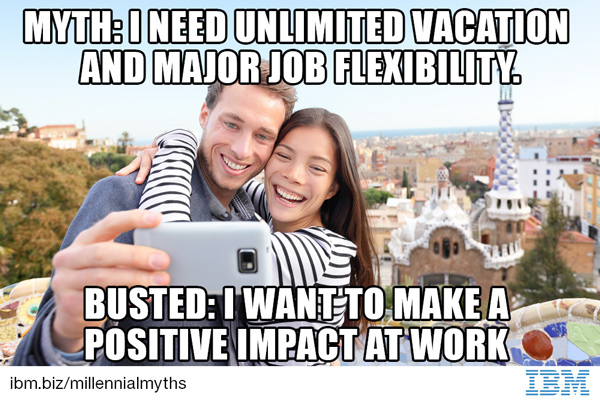 FACT: As it turns out, millennials are just like everyone else in the workplace. They’re after financial and job security, first and foremost. And who can blame them? That’s a big part of why we work in the first place.

So don’t expect your younger workers to make unrealistic requests of you and your company. 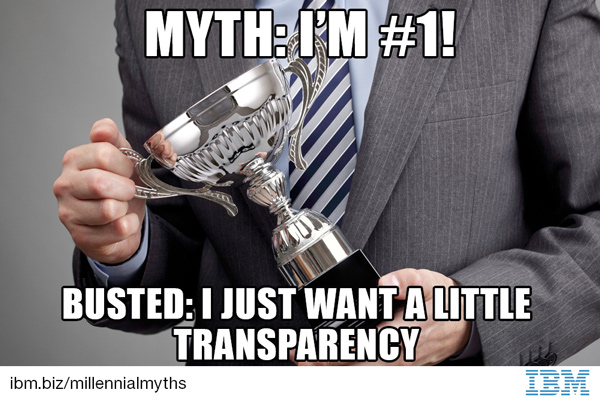 MYTH #2: MILLENNIALS EXPECT ENDLESS PRAISE BECAUSE THEY WERE RAISED IN A CULTURE OF "EVERYONE GETS A TROPHY."

FACT: Not only are millennials not after endless praise from their manager, their #1 preference in a boss is the same as Boomers. Both want a fair boss who freely shares information. It’s Generation Xers who believe that everyone involved in a successful project should be rewarded, and members of this generation are in their early 30s to 50s.

MYTH #3: MILLENNIALS ARE SO ADDICTED TO TECHNOLOGY THAT THEY LACK BOUNDARIES BETWEEN THEIR WORK AND PRIVATE LIVES.

FACT: The opposite is true. Millennials are actually much less likely to blur the boundaries between their work and private lives because they’ve been raised with technology. They've been bred on nuances that many older workers fail to understand. In fact, Millennials are 4X more likely than Boomers to keep their work and personal lives separate when it comes to technology.

Looks like it’s the old dogs that are having trouble learning new tricks. 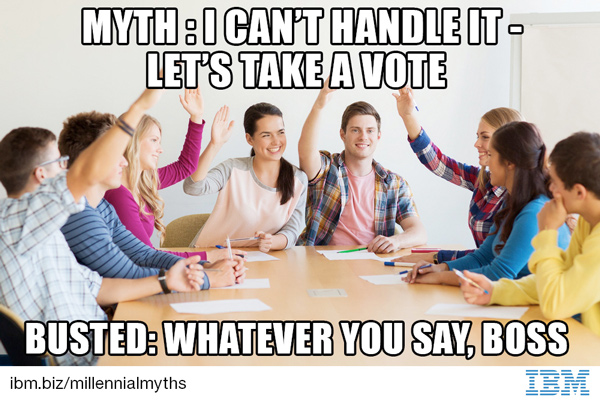 MYTH #4: MILLENNIALS ARE AFRAID TO MAKE DECISIONS FOR THEMSELVES.

FACT: Millennials are no more likely than Generation X to seek group consensus when making decisions. They simply aren’t as timid about making decisions as everyone thinks they are.

And, contrary to the mistaken assumption that millennials have a tendency to buck authority, more than 50% of them trust their company’s leadership to make decisions that are sound (a figure that's in line with Boomers and Generation X).