Touchdowns and Textbooks: Behind the Scenes with the MBS President

During their years at school, many college athletes get to experience at least a small taste of celebrity, even if it’s just on a local level. Their names and faces instantly recognizable to the hardcore fan, and if they are really successful, to the casual fan as well. But once players graduate and are no longer playing for what has now become their alma mater, they tend to fade from memory, only to be seen about once a decade when they are brought back to celebrate the anniversaries of their teams’ achievements. Some never get to experience anything as great as their college days, while others transition seamlessly and become successful in whatever endeavor they’ve chosen after leaving the sport that earned them varsity letters. 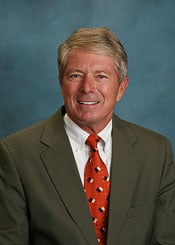 MBS is fortunate enough to have one of our own fit in to the latter half of that statement, as Dan Schuppan, President of MBS Textbook Exchange, Inc., was once Dan Schuppan, All Big 8 defensive end for the University of Missouri football team. In addition to individual achievements, Schuppan was part of perhaps the greatest team in Mizzou history: the 1966 Sugar Bowl champions that defeated the University of Florida Gators. That Florida team was led by Heisman trophy winning quarterback, and current University of South Carolina head coach, Steve Spurrier.

While Schuppan anchored one side at just 187 pounds, his partner at the other end of the line was future NFL All-Pro Russell Washington, who stood six-foot-eight, and officially weighed 320 pounds, though Schuppan swears that his true weight was closer to 350. But if you thought that Washington was just a football player, you’d be wrong. “He sang in a band, locally, on Saturday nights. So he played football in the day and would be singing in a band later that night,” Schuppan says. “[Washington] ended up going to the San Diego Chargers for 11 years and then quit and went off to the Philippines and became, I heard, king of an island.” MBS is currently unable to confirm or deny the existence of a Pacific monarchy headed by a gigantic former NFL lineman, but we’re as hopeful as you are that it’s true. 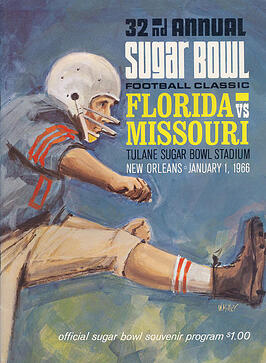 Washington was certainly an interesting character, but he wasn’t the only person Schuppan crossed paths with during his time at Missouri that would later find their way into public consciousness. On a local level, Schuppan also played with Johnny Roland and a young Roger Wehrli, two of the greatest players in Missouri football history. He also was fortunate enough to play against future NFL Hall of Fame running back Gale Sayers, who was then a Kansas Jayhawk. If you aren’t a football fan, you may know Sayers as one of the two main subjects in the movie Brian’s Song. But perhaps most interesting of all was an accounting tutor for the football team, a student by the name of Ken Lay. Lay would later go on to become the CEO of Enron, and played a large role in the company’s infamous collapse.

Upon the commencement of his collegiate football career, Schuppan, like many young men his age, was drafted into the Vietnam War. But despite being halfway across the world, a strange string of events allowed Schuppan to find his way back to a football field once again. Shortly after arriving in Korea, Schuppan had a captain approach him and told Schuppan to follow him. “I thought, ‘boy this is gonna be bad. What’d I do wrong?’” Schuppan says. “We walked out of the hangar; there was a helicopter running. I’d never been in a helicopter. So we get in, he doesn’t tell me where we’re going, and off we go. There’s all this noise, the doors are open, and you think you’re gonna fall out. You’re scared to death. I yelled to the guy next to me, ‘Where are we going?’ He said, ‘Camp Casey. You’re gonna play football.’”

What this meant was that Schuppan had just been “drafted” into the final year of Army professional football, where Army divisions like Schuppan’s 7th would match up against other military personnel around the Pacific Rim. Schuppan and his teammates ended up not wearing army uniforms for six months afterwards. “[The Army] had recruited us off of our personnel file. The general wanted to win; he was really competitive,” Schuppan says. “And we did. We won the Pacific Rim championship. Our games were played in big, high school-like stadiums, and instead of cars coming to the game, there were generals in helicopters and they were all lined up in the air, like a parking lot. There was a guy out there with flags parking them.”

After his time in the service was up, Schuppan found his way back to Columbia, and has been with MBS since 1975, serving as President since 1985. In his executive role, he has been able to apply many of the lessons he learned through football to his work in the textbook industry and make a difference to his employees. Schuppan says, “Be the best you can be, that’s what you tell your employees. Classroom, job, sports. You can do it. There’s nobody holding you back but you. Once you get it, it never leaves you.”