Three members of the MBS marketing team spent last week in Boston, attending one of the biggest marketing conventions in the country, which was hosted by HubSpot (the marketing software platform that we use.) They'll each be sharing their experiences from Inbound 2015, and talking about what they learned as well as how they plan to teach us how to apply that knowledge to help our partner stores grow. We'll pick up the second installment of our three-part series with Marketing Coordinator Abraham Dyer.

Communicate honestly and loudly for the win 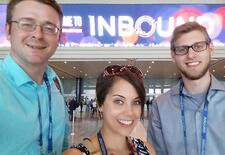 ’m a bit of a marketing geek — well, communications geek, really — and lover of travel, so I was pretty stoked when I found out I was going to Boston for INBOUND15. The hype around the event was enormous: 14,000+ attendees; over 250 sessions; knockout personalities like Seth Godin, Sophia Amaruso and Buzzfeed’s Jonah Peretti; live stand-up by Amy Schumer (I’m a total fan-boy now); not to mention a battalion of food trucks offering free lunch to all attendees. HubSpot really went all out to make the event a hell of a lot more exciting than a marketing conference ought to be. (Did I mention Amy Schumer?!?)

From the moment we walked in, it was all glitz and networking and buzz about the sessions to come, covering everything from Social Media to Lean Rapid Prototyping to Influencer Marketing.

It's pretty exciting to me, but what good is it to your store?

When my co-worker suggested we compile these notes into something we could share with the stores, it seemed a great idea, but how do we make all of this marketing-ese something relatable to you?

It’s all about the people.

People, relationships and community were at the core of just about every presentation — that, and a bunch of rah-rah motivation about “daring greatly,” but more on that later. In our jobs here, we need to build compelling stories that are relevant and valuable to you — otherwise, why listen to us at all? Well, isn’t that what you do daily, offer something of value to your customers? Don’t you keep them as your No. 1 priority?

Here’s a marketer’s take on making sure you’re addressing your customers in a way that they’ll appreciate, compiled from the various session at INBOUND15. Whether you’re sending an email about a flash sale, planning a new display, promoting your buyback or taking any other opportunity to establish a relationship with your customers, keep these things in mind:

No one remembers who else was on Ed Sullivan’s stage the night The Beatles performed. They were the risk-takers, the ones at the bleeding edge of music for the day. Now, they’re an international, eternal brand. The same can be true for your store, scary as that may sound.

Session after session returned to that point: you can never just sit back and expect great things to happen; instead, you have to be willing to stick your neck out and try new tactics in order to succeed. Expect setbacks, expect failures — embrace them, even — knowing that you can use the last experience to craft the next. Take the calculated risk.

Brené Brown summed it all up pretty well in her keynote with this quote from Teddy Roosevelt, now one of my new favorites:

It is not the critic who counts; not the man who points out how the strong man stumbles, or where the doer of deeds could have done them better. The credit belongs to the man who is actually in the arena, whose face is marred by dust and sweat and blood; who strives valiantly; who errs, who comes short again and again, because there is no effort without error and shortcoming; but who does actually strive to do the deeds; who knows great enthusiasms, the great devotions; who spends himself in a worthy cause; who at the best knows in the end the triumph of high achievement, and who at the worst, if he fails, at least fails while daring greatly, so that his place shall never be with those cold and timid souls who neither know victory nor defeat. 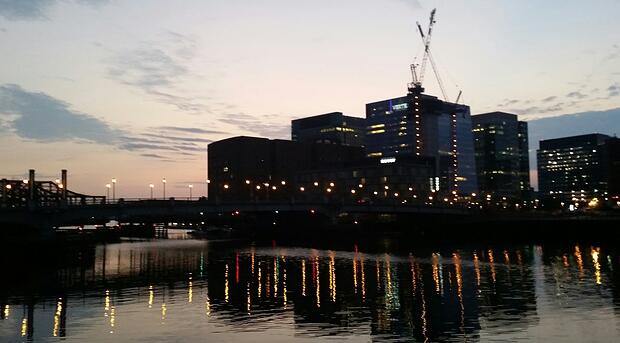 So, I wish you could have all been there

Travel budgets for college stores are notoriously tight, and of course CAMEX is a big one. But seriously, if you can swing it, INBOUND is a blast, and so worth it when it comes to learning the best way to craft a message that’s going to make your store come out on top in the fight for student attention.

And there’s Amy Schumer. (LOLs. Lots of them.)