'Up' Sales Using [Down,] Periscope!

If you haven’t heard of it before, Periscope is a new app that uses live streaming video to reach followers anytime, anyplace. All a Periscope user has to do is pull out his or her phone, open the app, and start filming. Their followers will get a notification on their phone saying that User X has just gone live, thereby encouraging them to tune in and see what’s happening.

Periscope itself is actually owned by Twitter, which makes it extremely easy to link with your store’s Twitter account. After you’ve downloaded the app on either the Apple Store or Google Play, you can just follow these few simple steps to get signed up. Once that is done, it will be simple for your Twitter followers to access everything you do on Periscope as well. After you’ve linked the two accounts, you can have a Twitter message automatically sent whenever you go live on Periscope.

Due to its newness, Periscope is currently severely underutilized by retailers, specifically college bookstores. For this month’s marketing plan, we are encouraging all of our stores to get out there and be one of the first to use Periscope to market to your customers; not only is it an excellent opportunity to potentially get more people in your store, but it will show that your store is tech-savvy and give you a chance to be a trend-setter within the collegiate retail industry.

With Periscope, you can even collect some valuable analytical information. You’ll be able to see things like some long the average follower tunes in, what topics attract the most viewers and other helpful data that will help you fine tune your methods and ultimately gain more viewers and followers for your account.

Here are a few different ways you can utilize Periscope to boost your store’s image: 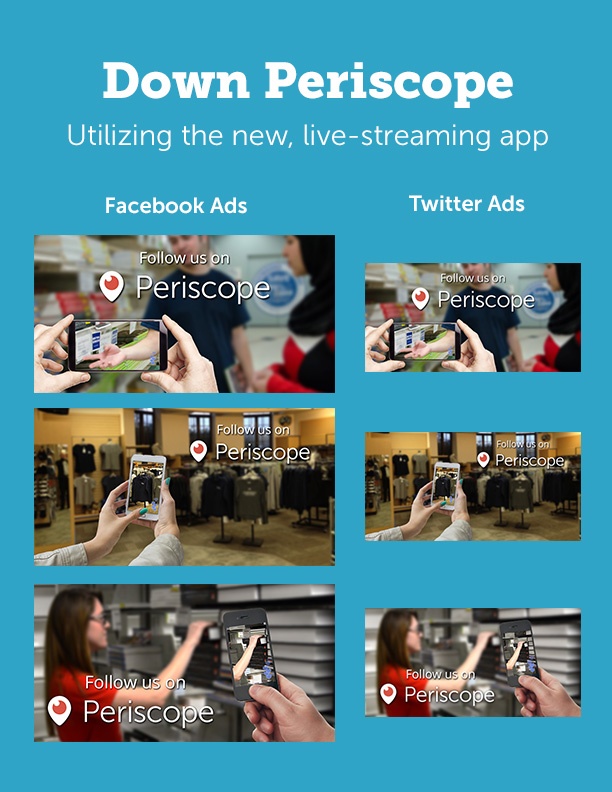 Buyback is a crucial part of your business. And even though it can be very fast paced, buyback is a good opportunity to hop on Periscope to show your students where you’re buying books back around campus, how quickly or slowly your lines are moving or – most importantly to your students – how much cash you’re paying out.

As the name implies, rush is hectic. But it’s also a great chance to show your students and other social media followers just how hard you work to get them the books they need before classes start and encourage them to stop by and get in on the action. Go live on Periscope when things really get busy and show your followers just go much goes into rush! You can even give them some advice on when the best times of day to visit the store are, and how they can get the most out of their rush experience. We’d encourage you to include some behind the scenes footage for your employees working on reservations and online orders to show that there’s even more to rush than meets the eye.

This can be your store’s version of Christmas morning. Whenever you get in a new piece of apparel or cool tech gadget, hop on Periscope and show your employees unboxing new items that have just arrived in your store. This is a really easy way to not just show off your products but to get your followers hyped up to come in and visit your store as soon as possible. One note: We encourage you to mostly do this with non-textbooks. As much as we’d love it, students simply don’t reach the same level of excitement for their Macroeconomics books as they do new apparel, and if they tune in and don’t see anything they’re really interested in, there’s a good chance they won’t watch next time you go live.

Advertise special events at your store 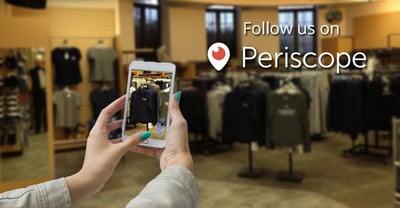 We think this is the area where Periscope can really make a difference for college stores. Despite your best marketing efforts through email or social media, some of your customers may still not understand exactly how a given event works or what is supposed to be so appealing about it. With Periscope, you can put that information right in the palm of their hand and show them exactly what they’re missing if they’re not in your store at that moment. With Periscope, you can give followers a feel for exactly what’s going on and how they can benefit from the event that you’ve put together for them.

Get your customers involved 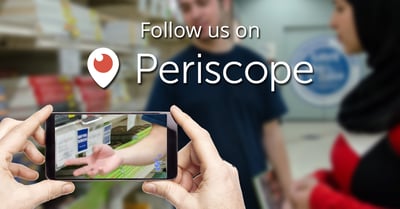 Another fun idea is giving your customers an opportunity to shoot their own video for the store. Whether it’s for a promotion or just for fun, getting customers involved, especially if they’re students, will give your store much better reach and help you come across as accessible and customer friendly. So with that said, we are encouraging you to encourage them to hop on your Periscope account and take your followers on a tour through your store, explain whatever bookstore event they are participating in at the moment, or anything else that they can easily engage with. The bottom line is just get them involved; it’ll pay off!

Almost as important as what you show is who you have relaying the information and how they do it. You’ll want to find someone within your staff that feels comfortable on camera, and has some skill at shooting video. If your presenter doesn’t feel comfortable, there’s a good chance your audience won’t either. He or she will also want to get straight to the point of the video as quickly as possible every time they go live; Periscope is designed to be a quick visit for the user, so you’ll need to be sure they are hearing what they need to hear right off the bat. You will even want to do a bit of marketing before every time you go live. It doesn’t need to be anything more than a quick tweet or Facebook post, but a few minutes before you begin, send something out on social media telling your followers what you’ll be talking about and exactly what time your video will begin.

Last but not least, here are a few customizable social media messages to help you gain some followers, and alert those that already do:

Are you following us on Periscope yet? If not, be one of the first to check us out! We keep you up to date with live shots of everything related to our store!

Our store is live on Periscope all the time. Give us a follow and you’ll be the first to get the latest happenings on everything to do with textbooks, *SCHOOL NAME* apparel, bookstore events and more!

Want to see how much cash you could get for your books? We’ll be going live on Periscope throughout buyback to give you a better idea of how you’ll benefit by selling your books back to our store. Give us a follow *PERISCOPE HANDLE*!

Follow us on Periscope! Tune in and you’ll be the first to know about everything that goes on at our store!

You’ve heard of Periscope, right? If so, give us a follow for the most immediate updates on whatever is happening at our store!

Ever wanted a live look of everything that goes on behind the scenes at our store? If so, give us a follow on Periscope! 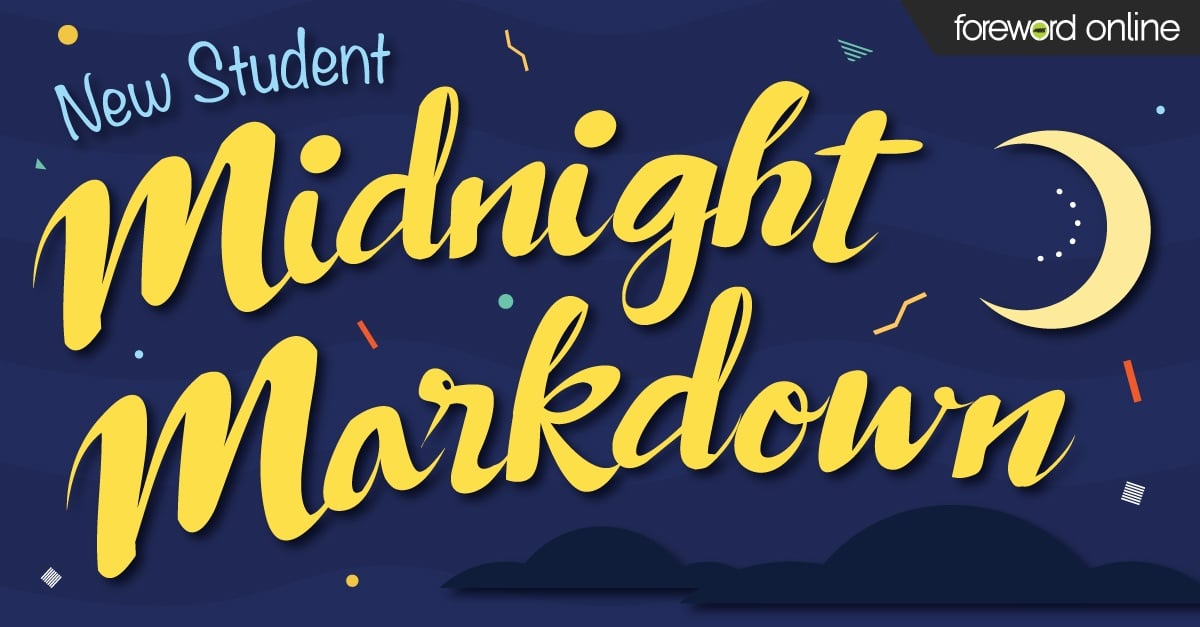