The mezzanine at MBS' corporate headquarters was overflowing with sourdough bread and puns as friends, family and coworkers gathered to congratulate former Western Regional Manager for Wholesale Steve Schwarz on his retirement. 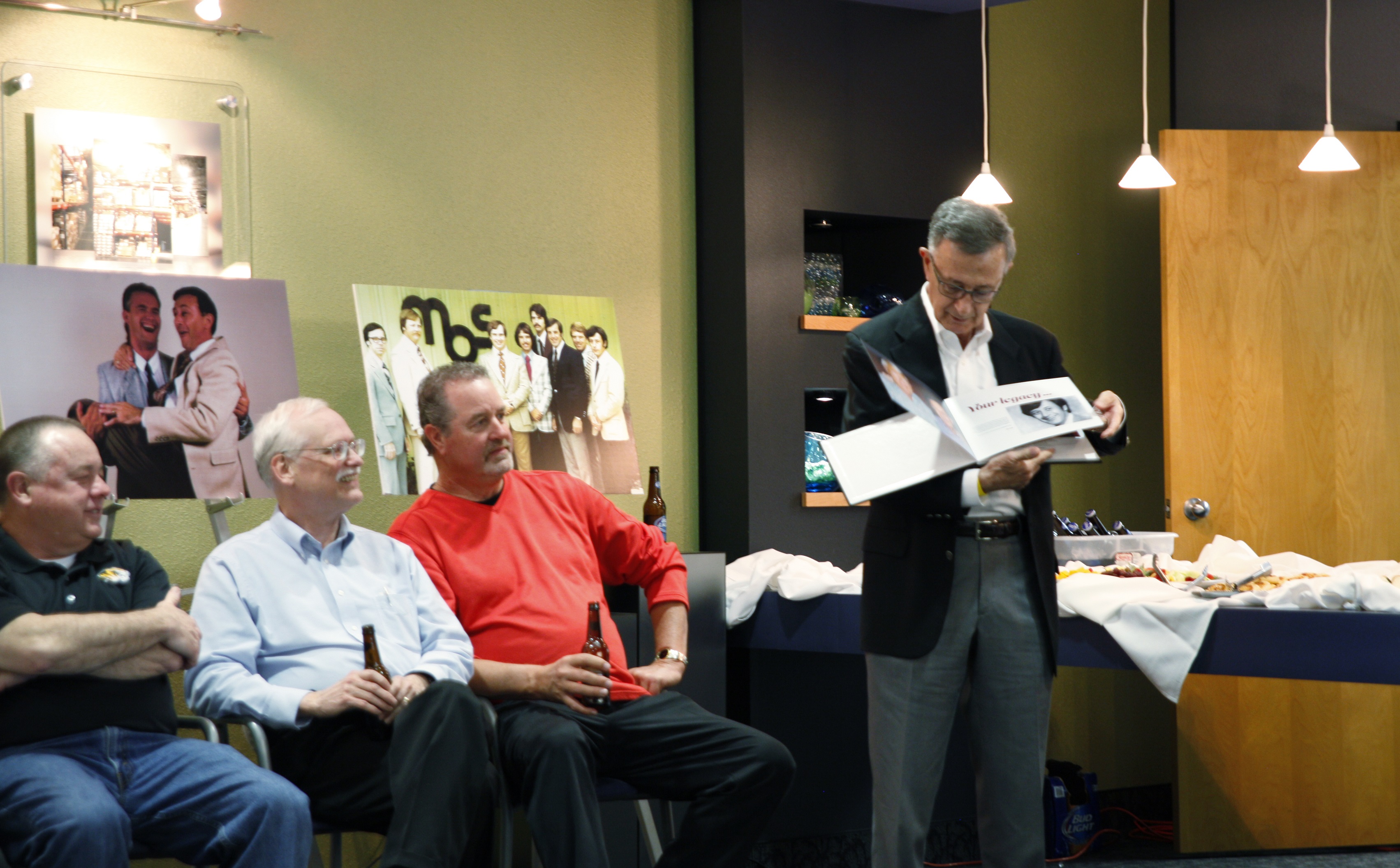 Schwarz, who officially retired Jan. 31 after more than 37 years with MBS, returned to Columbia, Missouri for a retirement reception in his honor. There, those who've known him shared some kind words, bestowed going-away presents and laughed at his signature punny jokes.

"He was always the best punster," said Vice President of Wholesale Dave Propst. "If you've ever talked to Steve at length, you know he always has something to say, and it was usually in the form of a pun."

Since joining the sales team on Oct. 2, 1978, Schwarz has been a staple at MBS. President Dan Schuppan credits Steve with establishing the then-obscure Missouri wholesaler's presence on the west coast.

"I've always asked three things of employees: Do what's right, do your best and be kind to other people," Schuppan said. "Steve's relationship with customers epitomizes all three principles. He and I would be critical of the company at times, but that's who made us who we are. I thank you for that."

CEO Bob Pugh provided a little more insight about how Schwarz came to MBS. Born in Brazil to German refugees from World War II, Schwarz came to America. Like many in the industry, Steve started out working for a bookstore, before making the switch to the wholesale space.

"Business is supposed to be objective: you look at the facts, the numbers, the price, that's a principal of business," Pugh said. "That's not so with Steve Schwarz. He has a passion for customers and will defend them to his dying day. He stuck by his guns and always took care of the customer. You can learn a lot from Steve, and we owe you a lot, Mr. Schwarz."

In addition to hors d'oeuvres and cocktails, there were plenty of treats and gifts exchanged at Steve's reception. After reminiscing about Schwarz's habit of bringing fresh sourdough bread back to the corporate office from San Francisco, Propst presented Steve and everyone else in attendance with their own loaf from a Bay area baker. While joking about Schwarz's box-building prowess at CAMEX, Executive Vice President of MBS David Henderson gave Schwarz a CAMEX box packed with a photo album featuring him and his coworkers over the years.

And because Steve likes to travel, MBS presented him with an all-expenses-paid trip to Hawaii— a prize he accepted with gratitude and a trademark pun: "here today, gone to Maui."

But what truly stole the show at the reception? Steve's final speech, which included recognition of both MBS and his best friend and staunchest supporter: his wife, Carolyn. He noted that MBS was the smallest wholesaler in the business at the time he took a job, and the company's presence on the west coast was so small he started with one goal in mind: to buy just one book a week. From there, he slowly but surely helped established MBS' presence as a North American company.

"With MBS, it really is a different kind of family," he said. "I'm so proud of what the company has become. Technology is great but to me, it's all about the people. "My philosophy has been to do the right thing for the customer. If you take care of them, they take care of you. Don't try to pull anything over on them, and it will work out for all of us. It's about human relationships."