From 11 p.m. to 2 a.m., most store workers are hopefully in bed fast asleep. The folks at SDSU Bookstore were keeping the action going late October 26, hosting more than 80 gamers for a Halo 5 launch party and raffle.

Like many campus retailers, SDSU Bookstore have begun carrying a select number of video games. But after one store employee saw many game stores holding launch parties, Associate Director for the Buying Group Kathy Brown said the store decided to host one of its own. 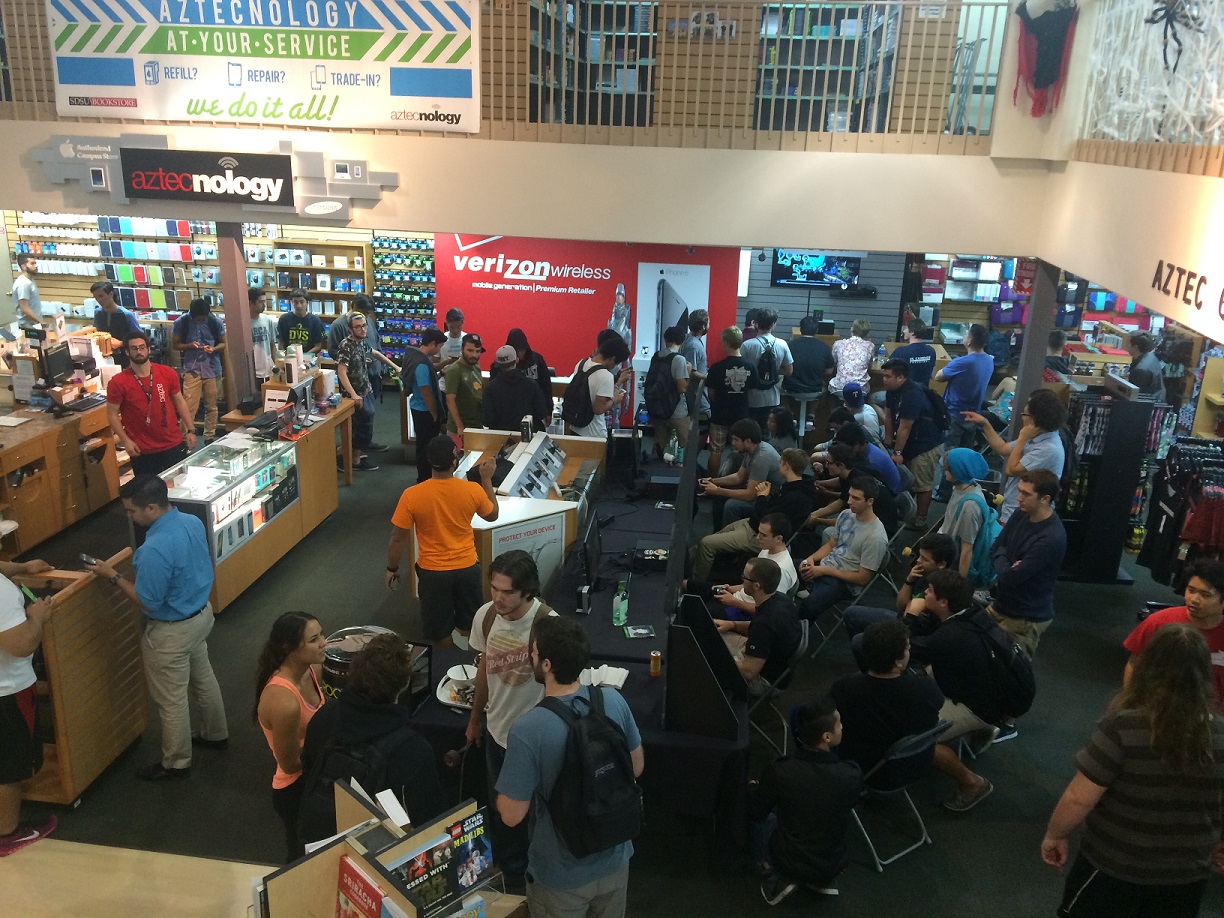 Brown said her store was fortunate in that it had a built-in marketing team to help promote the event. SDSU Bookstore partnered with the school’s competitive gaming club, which travels to play against similar clubs from other schools and organizations. Members promoted the event on Facebook and by word of mouth, and in turn made up a large chunk of the store’s audience that night.

"We met with (the eSports club), got some feedback from them and they thought our idea of doing a midnight launch for Halo would be awesome,” Brown said. “It was a new partnership that we never thought we’d have, but it’s worked out great.”

Working with a student club to promote the event paid off with a big crowd, furthering the store's customer base.

"We had people waiting in line starting at 10:30, and had 30 people in the door right when we opened," Brown said. "At (peak) we had 80 people show up. One person brought his younger 13-year-old brother, and some people come over from the library who heard about the event and wanted to see it."

SDSU coordinated with the club to bring in enough XBox® consoles for people to play the game. The store also heavily involved Aztecnology, the store's tech department, at the launch party. The store also held a tournament of the game, with the winner taking home one of five coveted special edition Halo 5 wireless controllers, valued at $70.

The store also gave away prizes including two giant-sized cardboard cutouts of Master Chief, the Halo series’ longtime protagonist. Other items, including 15 copies of the game and a few more of the special-edition controllers, were sold.

Brown said the event was such a smash success, the store is already planning its next launch party for November’s next big release, Fallout 4.

SDSU Bookstore is also working to sponsor the eSports club, including developing Aztecnology-branded competition T-shirts and giving club members Aztec Shops gift cards to hand out to others at competition.