Not long after Jake Swanson joined Carnegie Mellon University (CMU) University Store as the technology store manager, he was invited to a meeting with some of the nation’s top minds in computer science. The topic: MBS Store Technology Solution’s Apple Device Enrollment Program (DEP). 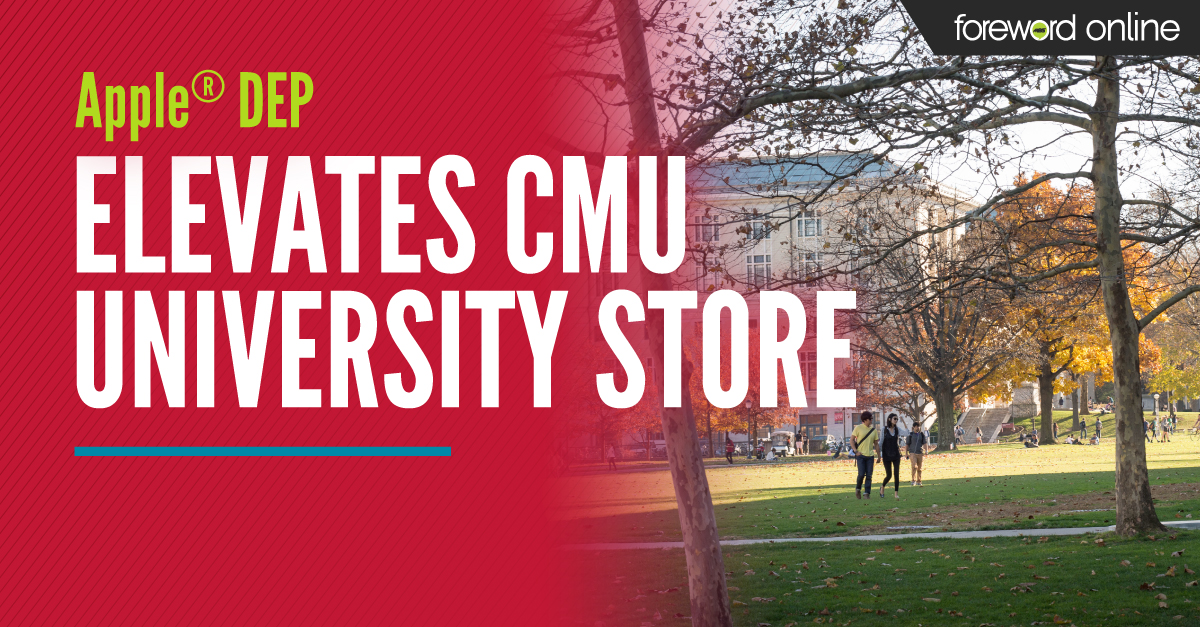 “One of my first meetings on this campus was with some very important people in the computer science program. They wanted to get DEP running,” said Mr. Swanson.

The educators at CMU need excellence in a technology retailer. The university is home to some of the world’s most esteemed programs in computer science, information technology and artificial intelligence. Its computer science department ranks first in the country in U.S. News & World Report.

Departmental sales are a vital source of revenue for the University Store, according to Mr. Swanson. The MBS system integration with Apple DEP has helped him further relationships with those essential customers.

“DEP has been excellent. It’s increased our sales,” said Mr. Swanson. “It lets us keep and maintain our relationships with departments and always offer new programs. Nothing is becoming stagnant, because we’re able to offer DEP as a new incentive for them to order from us.”

Traditionally, universities have had to engage armies of IT workers to set up individual devices for large initiatives like developing high-caliber computer labs and departmental one-to-one programs. With Apple DEP, campus stores can work with departments to pre-program hundreds of computers or iPads® at once and deploy them across the university — without removing a single device from its box.

This zero-touch configuration cuts implementation costs and saves the schools time and labor. For departments, simplifies setup for classrooms and computer labs. In one-to-one programs, it circumvents delays that can arise with individual setup and provides students with a tailored experience.

As such, Apple DEP maximizes the technology’s educational utility. Computers are already connected to the school network when new users unpack them. Departments can have required software installed from the start. In classes that require specific devices and software, students arrive on the first day equipped for learning.

How Apple DEP can give campus stores an edge

“We have departments that purchase a computer for every student. They utilize the DEP program to get the computer pre-programmed, so the student doesn’t have to do anything. They just open up the MacBook®. It’s got all the programming they need on it. That’s something no one else can do for them.”

Mr. Swanson said that the program represents an excellent opportunity for other campus stores to develop a new, reliable revenue stream. The convenience and savings of a DEP program can entice departments to partner with the campus store for their large-scale device purchases.

With MBS system integration, the Apple DEP program is easy to launch, maintain and track.

“Since our first order, everything has gone smoothly. I’ve looked back through the orders and there are basically no errors in our DEP program, no errors in our sale processing,” said Mr. Swanson.

No errors. That’s exactly the kind of performance computer and technology educators like to see.