“You’re a wizard, Tim,” are the words I wish I heard when I was an eleven-year-old boy, hoping to leave the monotony of muggle life, by being whisked away to the Hogwarts School of Witchcraft and Wizardry. Unfortunately, this didn’t happen, instead a studious Ravenclaw like me ended up writing about it for Foreword Online. Our fellow wizards at BYU-Idaho reinvigorate the spirit of Harry Potter each year by throwing a Golden Snitch Scavenger Hunt. Witches and wizards across campus flock to get their hands on the golden snitch and join in the fun. 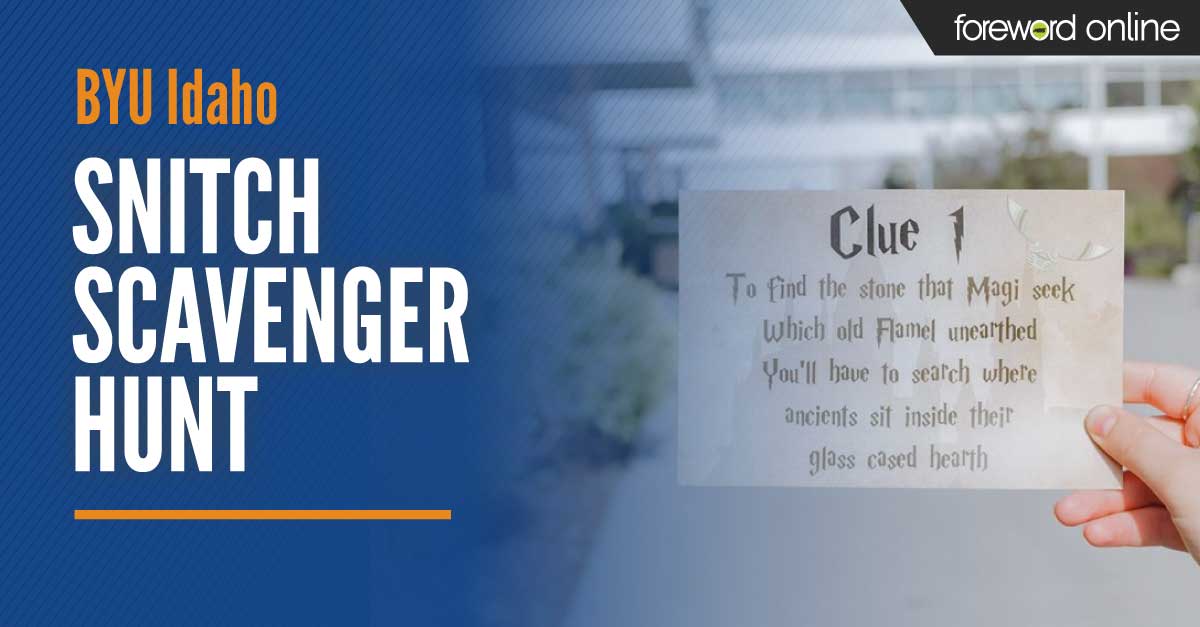 A new way to play Quidditch 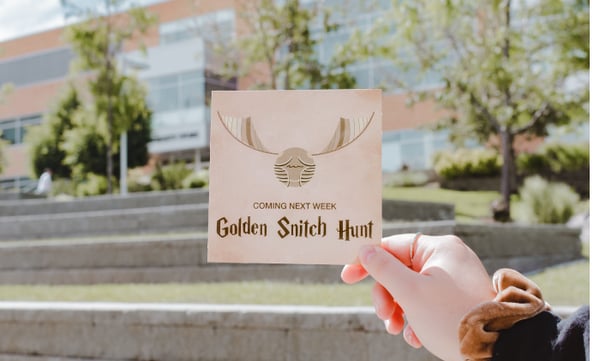 Finding the golden snitch has never been more exhilarating. Students clamor across campus searching for clues while BYU-Idaho’s bookstore distributes prizes to those who find it. BYU-Idaho’s campus store orchestrated this magical event with the help of its talented student employees. The toughest part of setting up the event was coming up with the hints, so they relied on one of their students who is a Harry Potter expert.

“We had to get the right person to write the clues,” Jenny Anderson, communication assistant auxiliary services, said, “One of our students came up with brilliant clues that you would have to know the books to figure them out.”

The scavenger hunt was easy and inexpensive to set up.

“We placed one hint at a time over the course of three different days of the week. We did one on Tuesday, one Thursday and one Friday. The first day the prize was a deck of cards and socks. The second day was a mug and a key chain. The grand prize was on Friday and it was a shirt, puzzle, replica snitch and vinyl stickers,” Anderson said.

They didn’t have to give away a Nimbus 2000 for the students to get excited about the event. One student even stuck around to help others with the hints after he found the snitch because he enjoyed it so much. 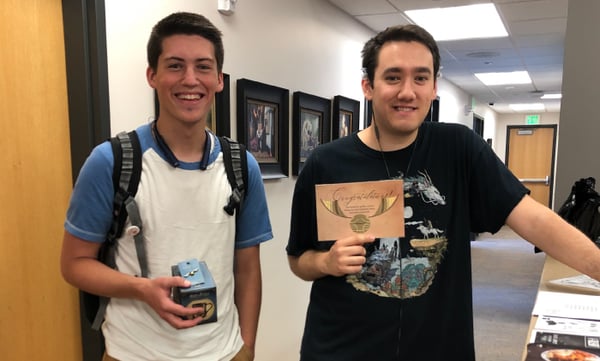 Themes throughout the year

BYU-Idaho didn’t stop at with the Quidditch Scavenger Hunt; they planned out themed events and sales throughout the year to drive in more students to the campus store.

“We did the event in conjunction with a sale,” Anderson said. “All of our Harry Potter product was 25 percent off and it generated more awareness for the sale. All the students love giveaways.”

They host events like this every semester, and event social media posts produce 2 to 3 times more interactions.

“We typically hold the 'You’re a Wizard Sale' and Scavenger Hunt in June for the anniversary of the first book releasing,” Anderson said.

Leveraging the skills of their student workers, they could put together a successful marketing plan, with posters in the store’s windows and social media posts. Their most successful themes are Star Wars during May 4th and Marvel and DC Superheroes. They’ve also tried themes like Bob Ross, Mr. Roger’s neighborhood and Disney.

Following cultural trends, especially those with a strong fan base, can drive in a dedicated audience who is willing to participate and share your events. BYU-Idaho had a lot of organic growth through word of mouth from asking students to spread the word for these events. Beyond word of mouth, social media was by far their strongest marketing, Instagram being the powerhouse.

“Sometimes there’s a trend that comes, and we follow it,” Anderson said.

Quidditch is a team sport and at BYU-Idaho it shows.

It’s a fun team-building sport that results in students coming through the campus store together for the “You’re a Wizard Sale.” Students used the social media posts to tag their friends and engage each other.

“The product will always please them as long as the fun and the challenge of the scavenger hunt are there. When the students know it’s coming again next year, they get excited to come.”

Help budding witches and wizards on your campus save their Sickles and Galleons with a themed event and grow your relationship with them. To get started, work with your student employees and leverage what they’re interested in and their skill sets to find out what inspires students.