Every quarter, EIU University Bookstore initiates a special promotion to highlight their Apple product line. This Spring, staff member Taylor Brandon wanted to create a unique way to not only showcase the store’s Apple merchandise, but also all of the other items they have in stock. After some brainstorming, she developed a seasonal promotion to generate awareness on their offerings by driving traffic.

In honor of March Madness, Bracket Madness allowed the store to engage with students and bring them in for a fun competition. It all started the Monday after Spring Break. 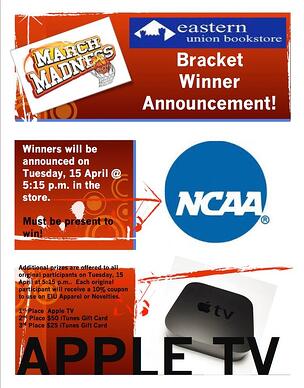 “We advertised in store, on Facebook and around campus, encouraging students to stop by and fill out a bracket to enter,” Brandon explained. “Once they completed it, they simply had to turn it in to the store. Throughout the tournament, we scored all the ones we collected to determine our top three winners.”

Winners were awarded with one of three prizes including an Apple TV and iTunes gift cards worth $50 and $25 respectively. The high value prizes did their job and created excitement among EIU students. In total, nearly 50 students entered the contest.

“I was excited, because we weren’t sure how many entries to expect,” Brandon said. “It was a lot of work to score them all, but I had help. No one got the Final Four teams correct, so the first rounds of the tournament were crucial in determining a winner.”

Because the tournament was so unpredictable, students weren’t sure how well they had done until the final day of the competition, when the store invited them all back for a big reveal. Out of the 50 participants, nearly thirty attended. 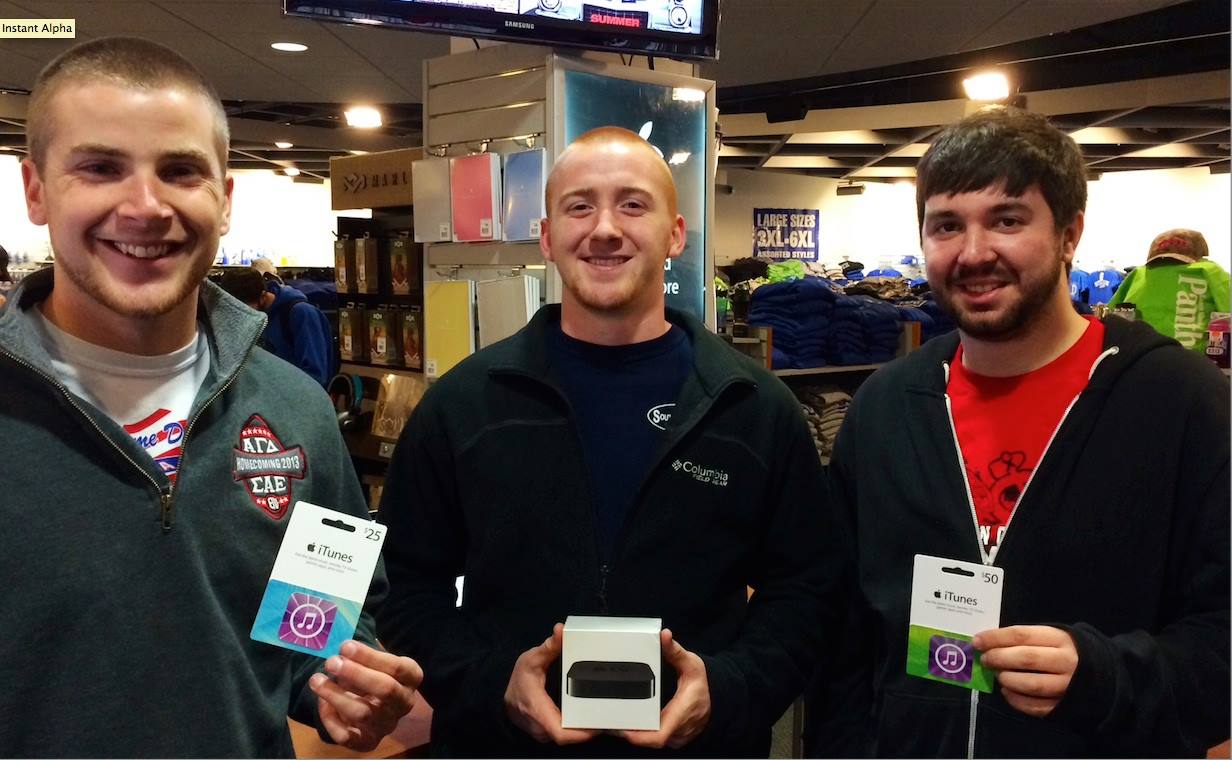 “We emailed them an invitation a week or two in advance and reminded them about the event the morning before,” she described. “We announced the top three winners and they had to be present to win. Plus, everyone who participated received a 10% off coupon good on all EIU novelty and apparel purchases. The winners were so surprised and everyone was really excited; it was a lot of fun.”

According to Brandon, the biggest benefit of the promotion was the attention it created for the store’s offerings.

“It let students know that we carry Apple products, which was the goal, but also got them excited about the other products we sell,” Brandon explained. “When students dropped off their brackets and attended the reveal party, they spent time walking around and browsing merchandise. I think it was a really effective promotion; anytime we can find a new way to get students in the store is great.”