Student Orientation Can Be Vital to Persistence and Retention

Research shows that students who feel a connection to their new school and other students during orientation are more likely to persist and graduate. With a national first-year retention rate of only 61%, colleges and universities can utilize orientation to help students develop that sense of fitting in and connection, which can lead to improved retention. Why is student orientation so important to student success and retention, and how does the University of Connecticut’s orientation program connect students to the University, its campus resources and fellow students. 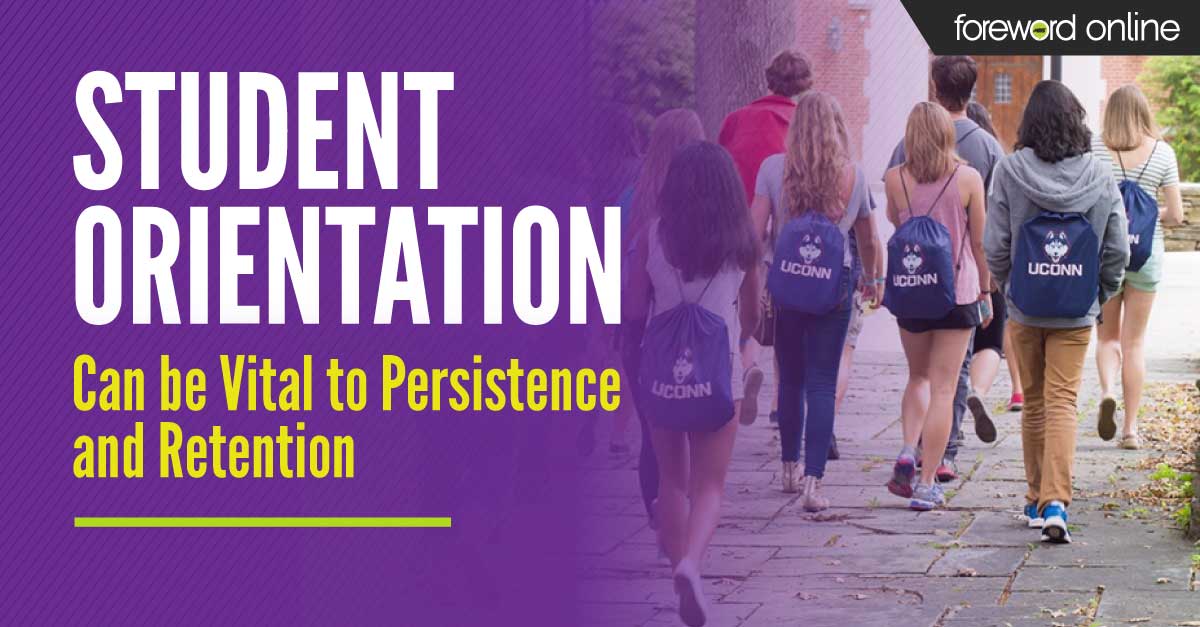 Incoming first-year students who feel a connection to their school during orientation are more likely to stay enrolled at their institution, particularly students from ethnic minority groups. Those are the findings of a study published last year by the Journal of Vocational Behavior. As the first official introduction to college life, orientation can be an effective way to engage new students, acclimate them to campus, and acquaint them with resources and services that will allow them to hit the ground running — and ultimately graduate.

“Orientation engages students, answers their questions and addresses their concerns early. We know from research that it makes a difference,” says University of Connecticut Storrs Director of Orientation Services Maria Sedotti. “The longer a student is exposed to an orientation-like experience, the better their chances are to persist and graduate. The simple reason is that during orientation, students make campus connections and learn where to go if they need help. They start developing a campus support system during orientation.”

First-year retention rates have not improved over the past decade — and they’re even worse for low-income, first-generation and minority students. According to the National Student Clearinghouse First-Year Persistence and Retention report, just 61 percent of students who started college in the fall of 2015 returned for their second year in 2016. By expanding orientation programs to include other resources on campus that can provide assistance, colleges and universities can help reduce attrition rates among freshmen and new students.

Several colleges, like the University of Connecticut (UConn), don’t limit the student experience to a single event. To ensure students receive the guidance and support they need to succeed, UConn holds a Husky Week of Welcome when students move onto campus. New students can also take a First Year Experience course that expands orientation throughout the semester. These additional events allow UConn to focus their two-day summer orientation program on introducing students to campus and passing along essential information.

“We really want to familiarize students with the university. They go to a lot of different student life sessions and have several discussions on various aspects of the university like academic life, living in the residence hall, commuter life, social life and co-curricular involvement,” Sedotti explains. “We also talk about safety and diversity on campus as well as our code of conduct. Many students are very interested in our business-focused orientation sessions because they are paying for their education.”

Setting students on a path for success

For incoming UConn freshman, there is a mandatory two-day orientation program that prepares students for their first year by introducing them to campus life, helping them register for classes, meeting with their advisors, getting their campus ID cards and meeting fellow class members.

Transfer students have a similar mandatory one-day program designed to introduce them to campus and the available resources. “With the transfer student program, we really want them to understand the support services that UConn offers and the business deadlines they need to meet. Transfer students, for the most part, are more mature. They are concentrated on what classes will transfer and how long it will take to graduate,” Sedotti says. “We realize they have been to college before, so we do not treat them like freshmen. They have already learned how to manage their time, so we really focus on the business concerns they need to understand coming to a new campus.”

UConn orientation also hosts a resource fair within the newly renovated bookstore. Students and parents can speak with representatives from 25 different campus departments, including the bookstore, and have any other questions answered. “The store is dramatically different in how the space is allocated,” explains UConn Bookstores General Manager Len Oser. “The main floor has a Starbucks and emblematic merchandise. Textbooks, school supplies and dorm supplies are on the second level, along with some great community and conference spaces — which seemed perfect for an orientation-type event.”

A resource on campus

Oser believes the bookstore can play a key role in supporting student orientation, ensuring students are prepared for the first day of class, which ultimately supports student academic success. “Textbooks are a critical component of the entire student experience. We have surveys that tell us that typically less than a third of the students have books for the first day of class, which is unfortunate and can put them behind in their courses — not the best way to begin a semester,” Oser says. “That’s why it is important for the bookstore to get the message out. We are trying to not only enhance the educational experience but save students money at the same time.”

Beyond textbooks and affordability, the college store has an opportunity to introduce itself as an additional campus resource. By partnering with the orientation program and hosting the resource fair, students start school seeing the bookstore as more than just a place to buy textbooks — it is a community space designed for them. “During orientation, we talk about the other services offered here in the bookstore, including our licensed Starbucks, the UConn Bookstore TechShop, computer repair and a community space. We also let them know the type of merchandise that we sell, including dorm supplies, school supplies and of course, all the great gear that creates campus spirit,” Oser says.

By expanding its orientation program and utilizing additional resources on campus such as the bookstore, UConn ensures students have a positive experience that connects them to the University and to their fellow students, the moment they arrive on campus — and carries through to graduation. “It has been a really positive experience having the resource fair at the bookstore,” Sedotti says. “It demonstrates the store’s cohesive partnership with the university.” 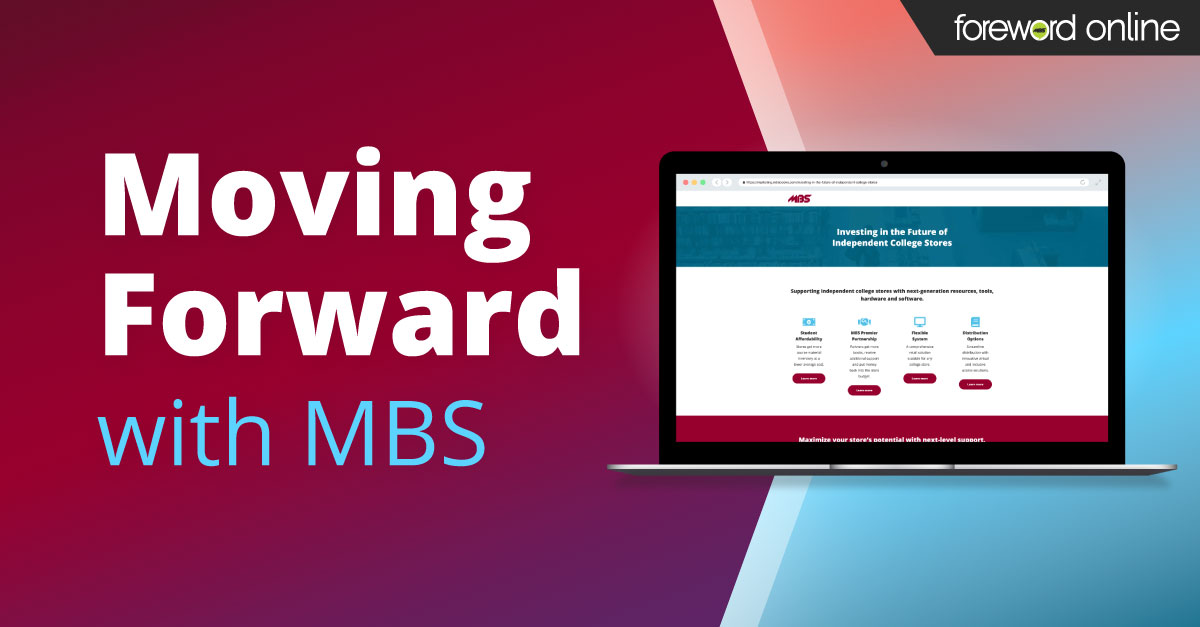 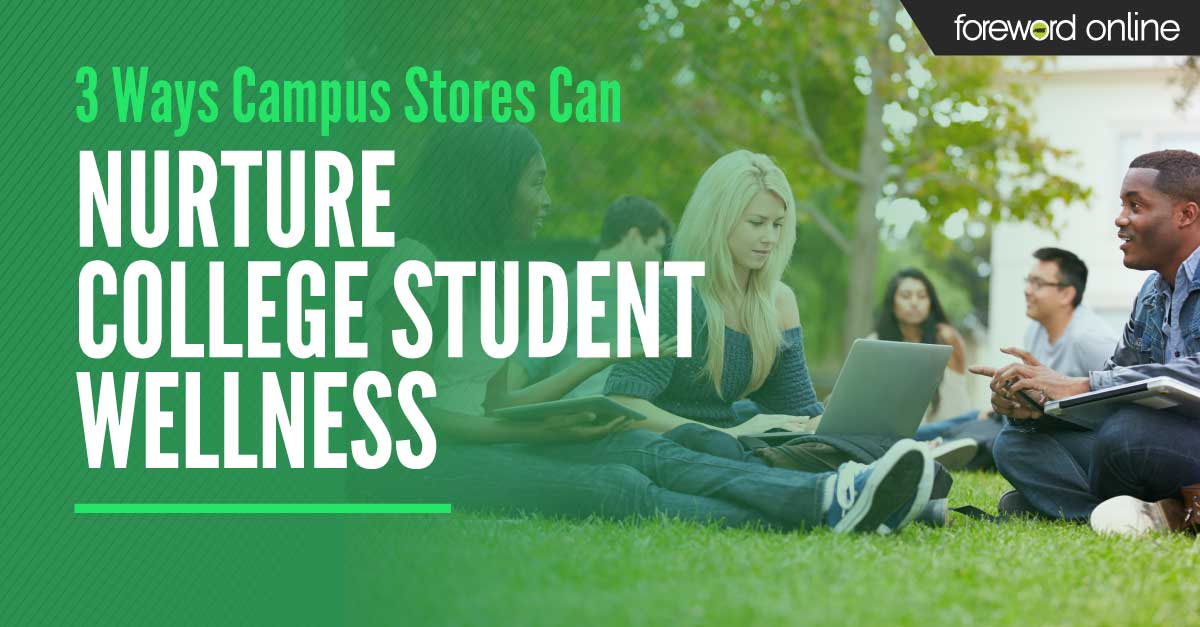