The Wisconsin Red Shirt Allows Alumni to Give Back

In 2008, the University of Wisconsin Alumni Association was looking for a fun and incentivized way get Badger graduates involved in scholarship fundraising. What they came up with was fairly simple, but the response they got was outstanding. The idea they settled on was a t-shirt that would be uniquely designed before each school year, and then retired as the next year’s shirt went on sale. They decided to call their creation the "Red Shirt,” in honor of the school’s primary color that is prominently featured on each iteration.

In order to get the Red Shirts out to their target customer base, the Alumni Associated approached and began collaborating with the University Book Store, and in the seven years since the Book Store began to sell them, the Red Shirts have raised a great deal of money for student scholarships. “We usually sell in the thousands,” said Apparel Buyer Angie Maniaci. “Each year it gets more and more popular, and people want the current shirt to add to their collection.” 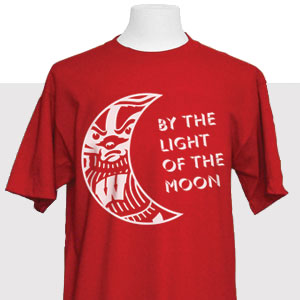 50 percent of the proceeds from each shirt go directly to the University of Wisconsin’s Great People Scholarship, which provides financial assistance to qualifying students. In the seven years since the first Red Shirts went on sale, nearly 40,000 shirts have been sold, and approximately $270,000 has been spread out between 137 scholarships. Those numbers are sure to grow even further once the final figures from this school year’s sales are tallied up, as the 2015 Red Shirt just went on sale August 1st.

This year, for the first time, the Alumni Association and Book Store are offering a special limited edition Red Shirt, which is set to go on sale October 12, and run for three weeks. Designed by class of 2003 alum Virgil Abloh, who among other things works as Kanye West’s creative director, the limited edition Red Shirts are available both in-store and online, with proceeds going towards the Virgil Abloh Fund in support of student scholarships at UW-Madison.

And although they’ve given Abloh total control over the limited edition design, the Alumni Association and Book Store try to use crowdsourcing to decide on the traditional Red Shirt. They put together a group of five or so designs each year and put them up for a vote on social media over the summer. The winner is then made into that year’s Red Shirt.

As of right now, the Red Shirt is primarily marketed towards Wisconsin alumni. “We put a rotator on our website,” Maniaci said, speaking for the Book Store. “But a lot is provided by the Alumni Association. [They] do email blasts and ads, and they do a special offer for free shipping for alumni. They do posters around our store. They have free reign to do advertising and then we put it up in the store.”

Considering its popularity with Wisconsin graduates, the Book Store and Alumni Association are hoping that the Red Shirt will catch on with students. Maniaci said that the university has begun to hand the Red Shirts out at the beginning of the year when they do the school’s “W Project,” where students create a huge W on the field of Camp Randall Stadium. The first 1,000 students that show up to participate in the project receive a Red Shirt as a reward, with the hope that it will inspire other students to purchase their own at the University Book Store, and therefore raise more money for the Great People Scholarship.

The public response the Book Store and the Alumni Association has gotten from the Red Shirt promotion has always been positive, which makes sense considering where half of its profits go. The Red Shirt has proven to be an effective marketing tool that supports a great cause, and the University of Wisconsin feels proud to have made it into a school tradition.