Incentivizing students to participate in your buyback can often be a tricky thing. Maybe they think they can get a better deal elsewhere. Maybe they’re planning on giving their books to a friend. Maybe they assume their books are worth so little that it’s not even worth stopping by the buyback counter. Finding ways to appeal to them can be hard with all these forces outside of a store’s control, especially since most stores are dependent on a robust buyback in order to make sure their shelves are stocked with the right titles the following term. 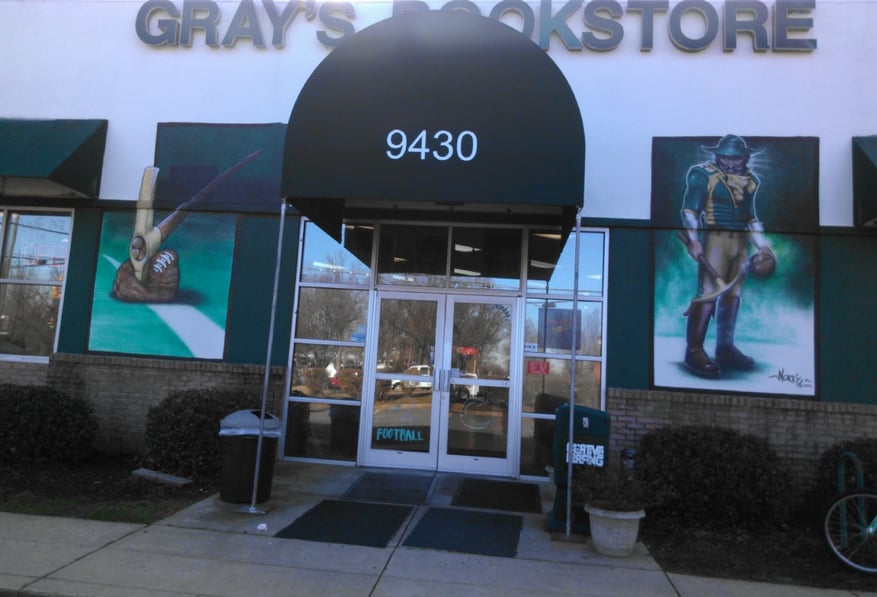 In the spring of 2015, Director of Gray’s College Bookstores Chris Merrifield had an idea that he thought would not only bring in more students at buyback, but would simultaneously keep more of the dollars they handed out in the store’s economy when it came time for those same students to purchase new books the following term.

The premise of the idea was fairly simple. Students have two options: one, they can take cash for their books the old fashioned way; or two, they can opt for a Gray’s gift card that pays them the amount they would receive in cash, plus an additional ten percent, as long as the regular amount was $10 or more.

In the year-plus that they’ve been running this promotion, Merrifield has noticed a bit of a difference in terms of participation depending on whether it’s the winter or spring buyback.

“In the summer, more people wanted to just grab their cash and go,” he said. “But when you have the fall and spring semester butting up, you can promote this a little easier.” 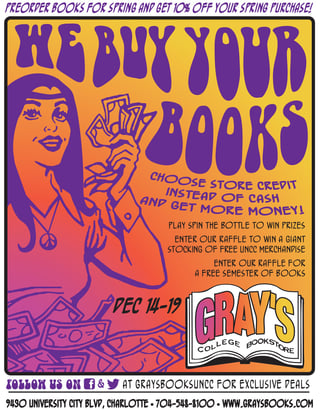 Nevertheless, Merrifield seemed happy with the amount of students that opted to participate this past May. Gray’s promoted the cash vs. store credit option through social media and in-store signage in the preceding weeks before buyback, and they made it a priority to market this promotion at the buyback counter, through both signs and reminders from buyback workers.

Something in particular Merrifield was on the lookout for was whether students asked he or his employees about the cash vs. store credit promotion, rather than the other way around.

“If we got the customer to ask us about the promotion, that was a big win for us,” he said. “If we pique their interest, they’re probably more apt to join in.”

The store supplemented this new promotion with fun, incentivized games that they’d been doing for year. There were games to play, and wheels to spin, that provided the opportunity for students to win an additional few dollars as part of their buyback amount – something they could then apply to the gift cards, if that was the option they wanted.

Overall, the cash vs. store credit promotion seems to have gone over very well, and Merrifield has said that he absolutely plans to continue doing it at future buybacks.

“The main reason we did this was to keep buyback dollars in our store, to keep [students] coming back to our store,” he said. “We thought if we gave them the gift card options, we’d be their first option [the following term]. There were several thousands of dollars kept in our store because of this.”