Why Your Bookstore Should Use Text Messages to Bring in Customers

In 2011, Facebook introduced a new messaging platform. The concept came from Facebook founder Mark Zuckerberg believing the electronic communication medium of the future would not be email. In 2016, the 20th anniversary of the text message, Bloomberg said 8 trillion text messages were sent. 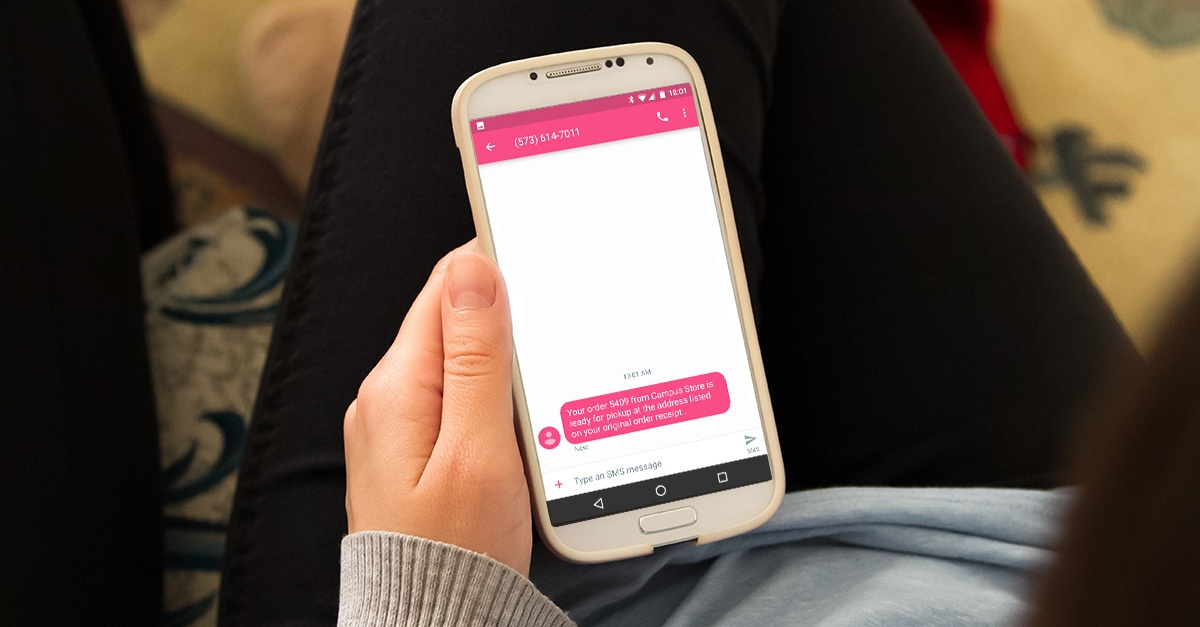 Text messages, commonly referred to as SMS, have come a long way in 20 years. They can now include video, graphics and URLs and they enjoy a higher open rate than email. 90% of text messages are opened within three minutes of delivery whereas 88% of emails go unopened.

Today, nearly 99 percent of college students own a cellphone and use its text messaging capability. With high open rates and the ability to specifically target a certain group of students, now is the time to incorporate text messaging into your store marketing plan.

The University of Wyoming used a text messaging campaign to give away cash at their buyback. Students entered a random drawing via their mobile device and three students were selected for a daily $50 cash prize. The promotion served the bookstore in multiple ways.

“First, we’re able to collect their phone numbers for future promotions,” said Ed Hays, assistant manager of The University of Wyoming bookstore. “We are also encouraging students to take part in our current sales or contests.”

MBS Systems inSite has a new update allowing users to send SMS messages confirming orders, shipping tracking numbers, rental reminders, buyback alerts and more. Each notice has a 150-character limit and the user can set up blackout times so messages are not sent during specific times, such as overnight hours.

“One of the key things it will get used for are rental reminders,” Shiflett said. “Students will know it's time to turn in their rental books.”

Students need to opt in to begin receiving SMS alerts. Once enrolled, the communication between student and bookstore becomes more instantaneous and information can be passed on in short order.